In April 2016, we held our very first exhibition called Fables From The Threshold (FABLES). FABLES is a unique exhibition, the first of its kind in Sydney exploring interactivity and technology, igniting the curious to rediscover the beauty in ordinary.

FABLES challenged the way people perceive the world through the lens of interactive artworks crafted by up-and-coming Australian artists shaping the digital landscape. Here are the artworks that were a part of the showcase: 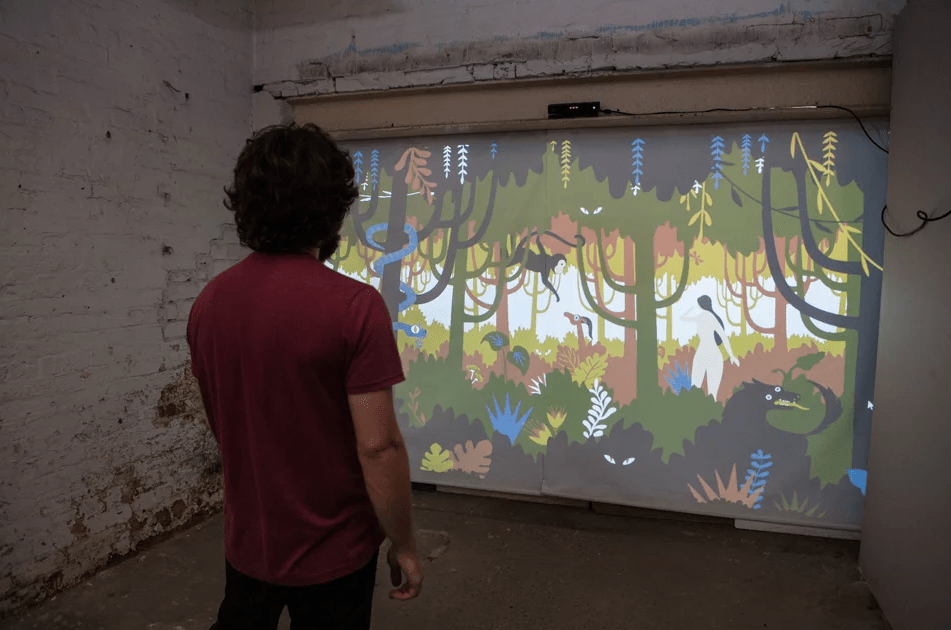 We live in an age with where technology is advancing in almost all aspects of our lives, and as we look to the future, nature can often take a back seat. As these new technologies allow greater connectivity to one another, we should also be as conscious of the meaningful connections that could be lost if we loose nature.

Nature has intrinsic values to us and if it’s not in our plans at present it won’t exist in our future. 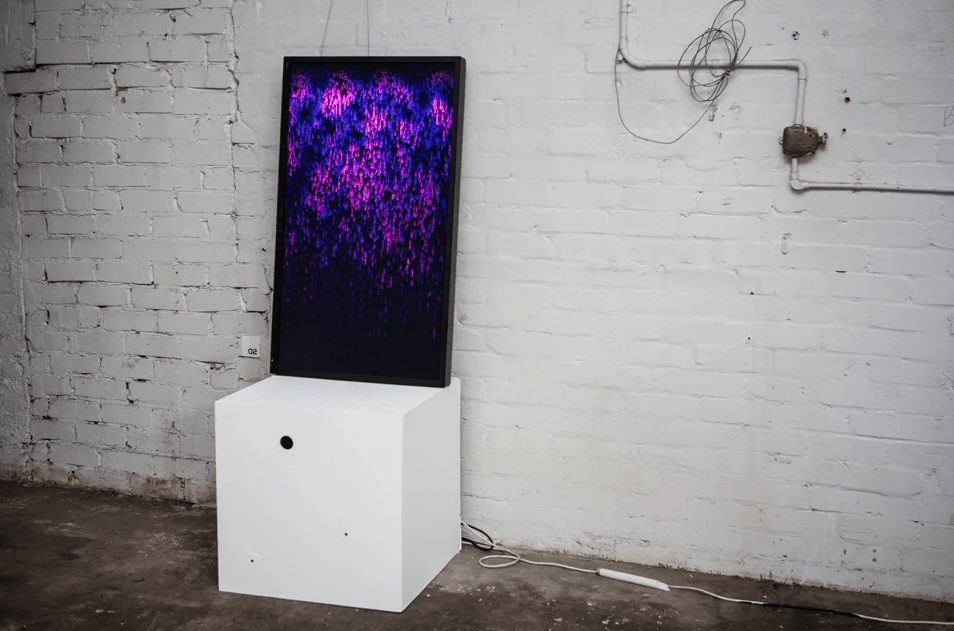 Streams is a generative design created by Lukasz Karluk which combines his fascination with contemporary Australian Indigenous art, such as that of Gloria Petyarre and further continues his experimentation with line integral convolution (LIC), a mathematical technique used for visualising flows.

The process for the artwork involves using a number of charged, invisible particles which create a field of flowing lines. Graphical motifs are then generated to animate along these lines, creating an ever-changing design of streaming geometry. 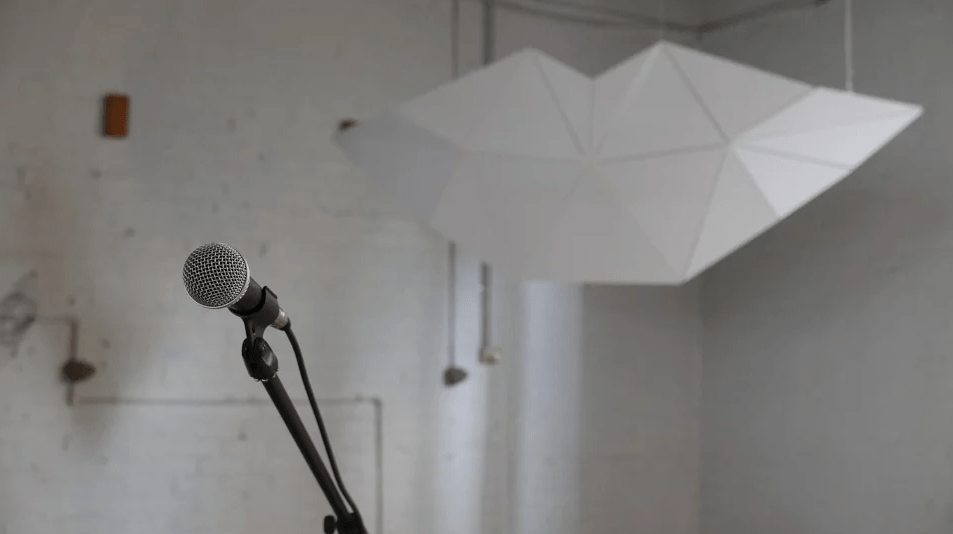 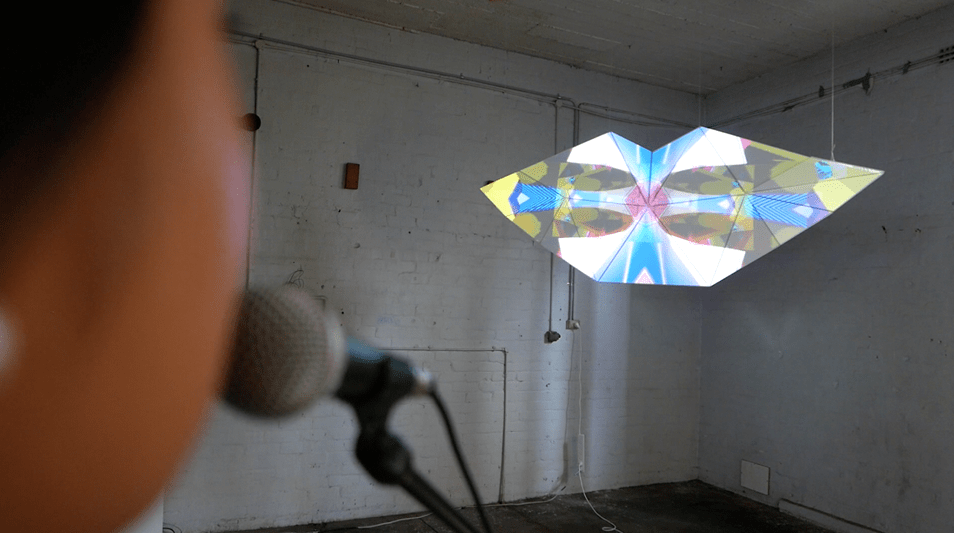 Speech is the fundamental and powerful tool for making change. Consciously monitored spoken words can change people’s attitude towards us, how our society functions or even how we perceive our own selves.

We often don’t realise how much our words weight and the impact it has on others and on ourselves. Spoken words only exist for a fraction of a time but their meaning and the feelings they cause can linger in our memory infinitely. This work is a visual metaphor of this phenomena. It’s a voice activated ever changing digital mandala that evolves when spoken to and then fades away. Choose your words wisely! 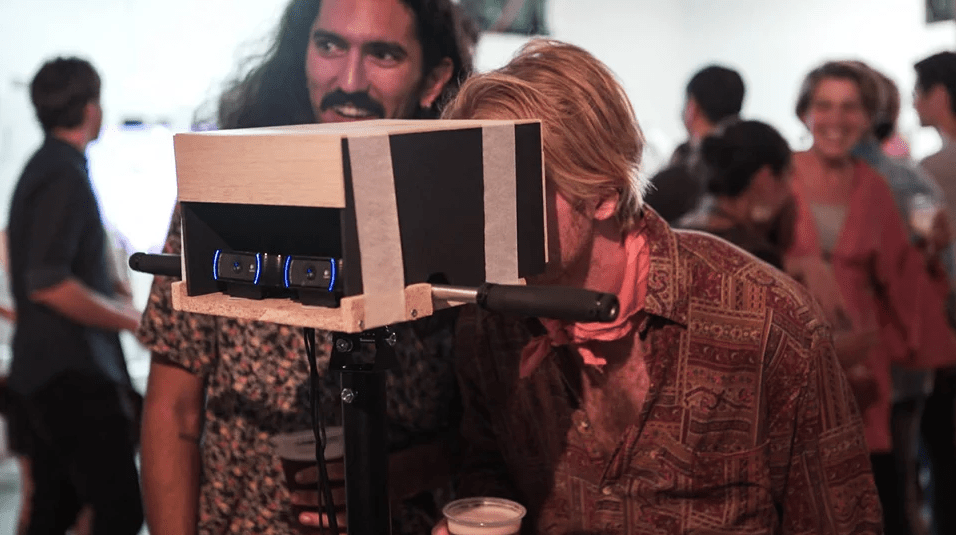 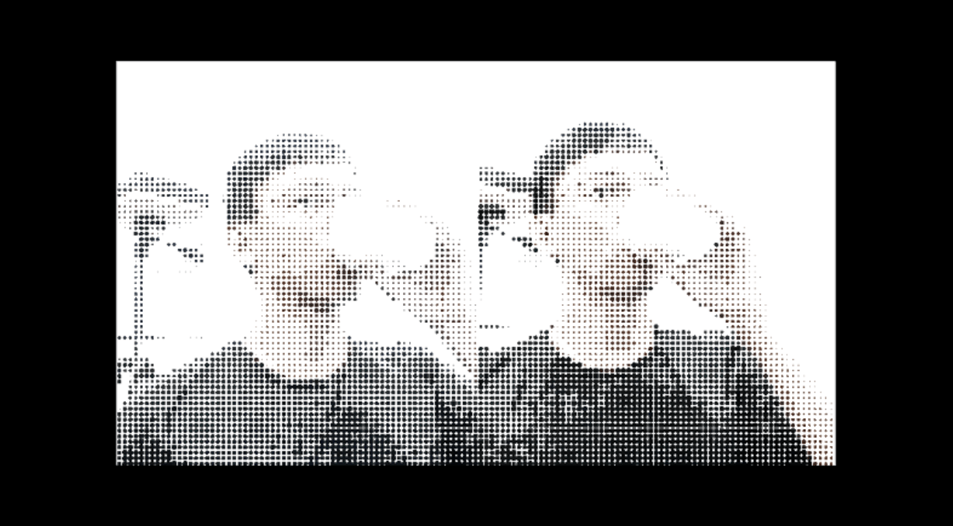 It was not long ago that a silly blue and black (or white and gold) dress proved to the world that everyone sees things a little differently.

Millions of factors influence a person’s ability to visually observe something. A person’s personality and background changes what people notice about a scene, while biological differences in the sensory nervous system alter even the most subtle differences in colour.

This is an experimental piece that explores an altered visual reality. Take a step back to see the world around you in a different way. 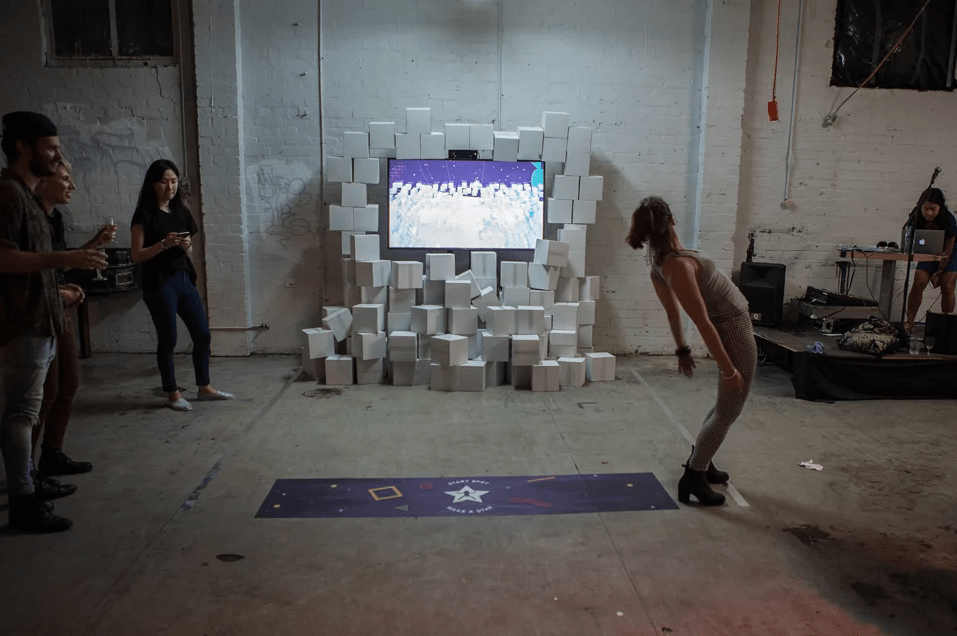 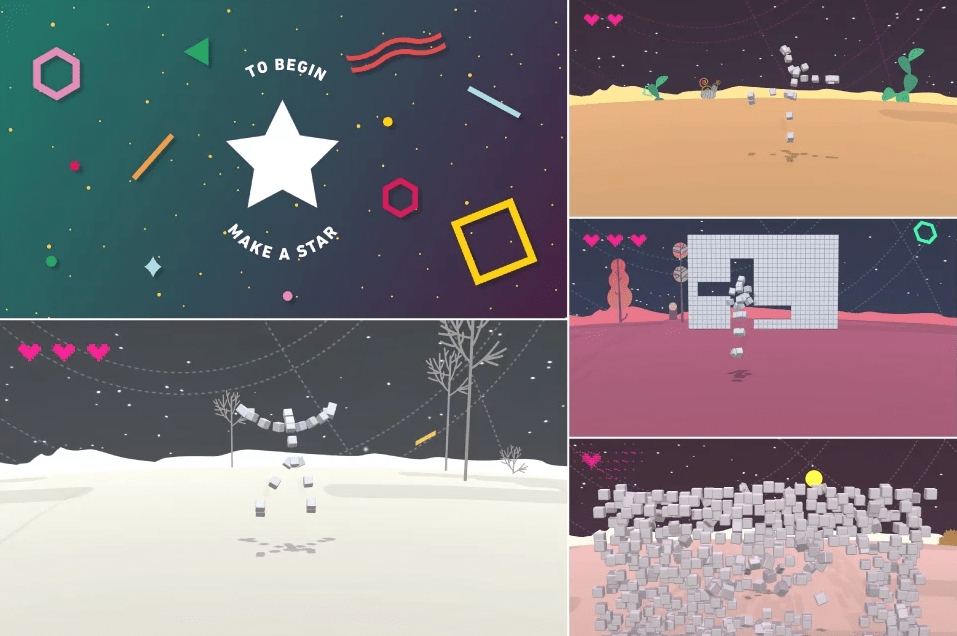 Since the very beginning humans have been gripped by an insatiable need to explore the unknown; to meet new experiences, challenges, and even shape the world for ourselves and humanity. There is a deep underlying mission to personally make our mark and leave the world a better place than when we entered it.

Those who play Legacy will embark on an adventure into the unknown, the undiscovered, the altogether mysterious, the thing called the future. The Game is expanded by players who are brave enough to test the boundaries and limits.

You are remembered by that which you leave behind. What will be your legacy? 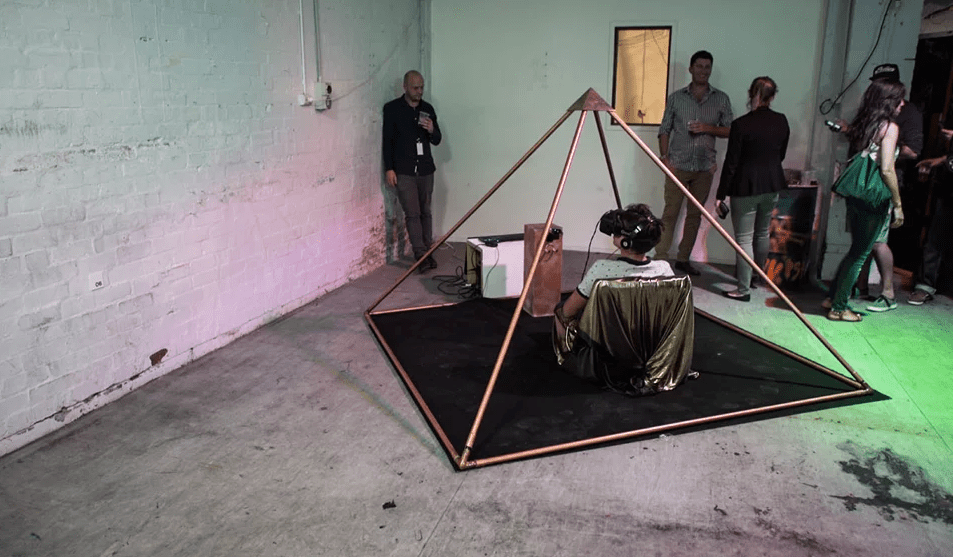 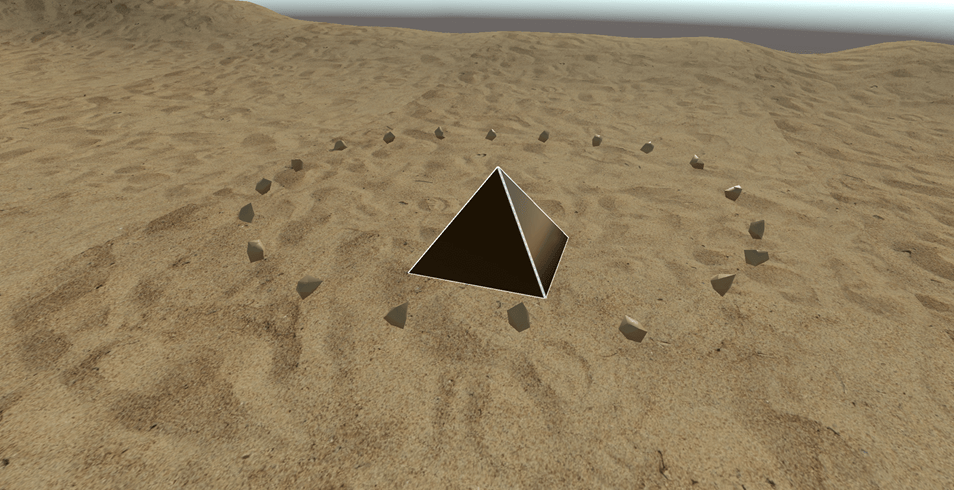 Gold Rush is about the various ways we put value on love. In this instance, Goldilox (singer/co-writer) is willing to give up all material value to follow her heart. To Goldilox love is her Gold Rush.

When I think of gold and particularly abundance, I think of the glittering tomb of Tutankhamun. A pyramid crypt surrounded by untold wealth, mystery and adventure. In many ways the splendour of the crypt is the aesthetic equivalent of those feelings love may inspire. 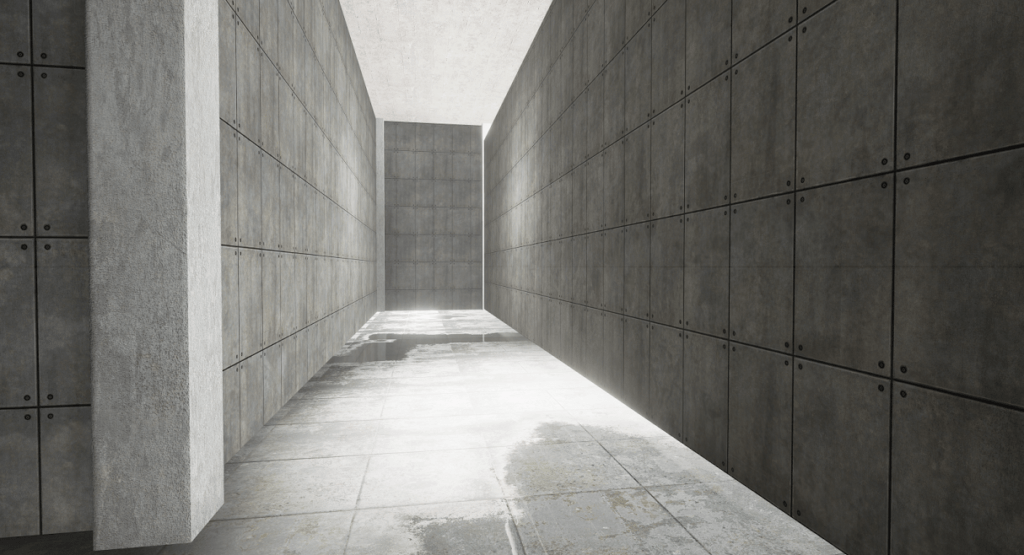 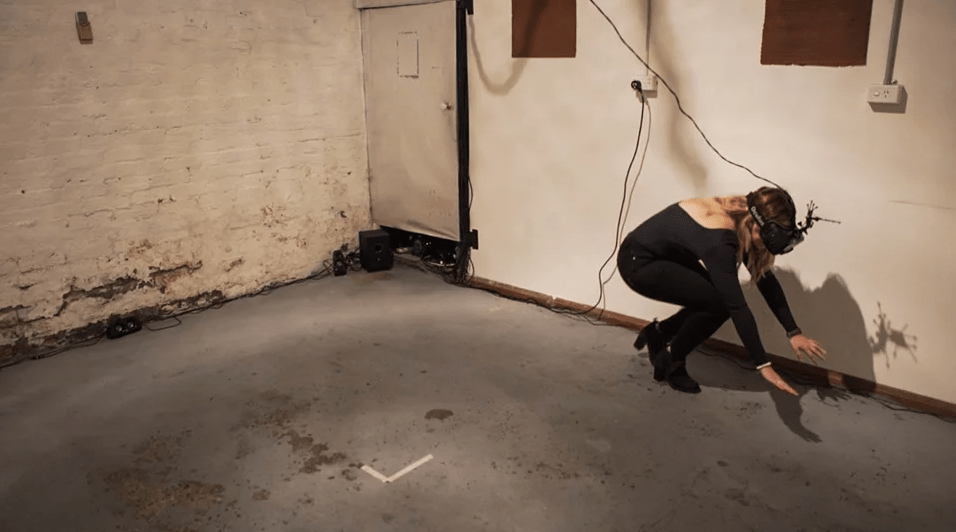 Anti-Game aims to explore the ideals of gamification by challenging the respondents perception of what gamification is in an attempt to help redefine ‘Video Games’. There is a growing need for Gaming to be redefined as its involvement falls from entertainment into conceptual art. Anti Game is an experiment, parodying and analysing the relationship between audience and technology, audience and developer as well as developer and technology. It intends to subvert tropes within the video game medium in order to manipulate preconceptions that audiences may have about the core function of interactive media. 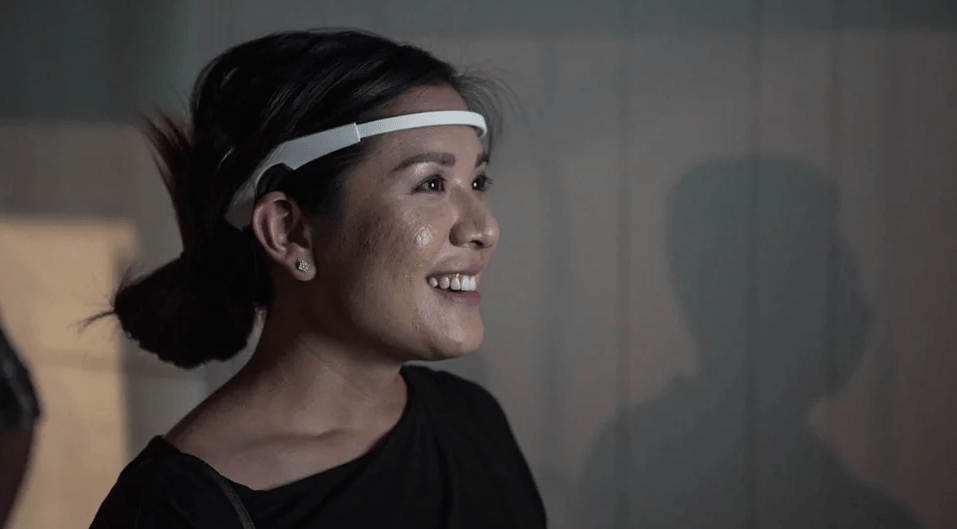 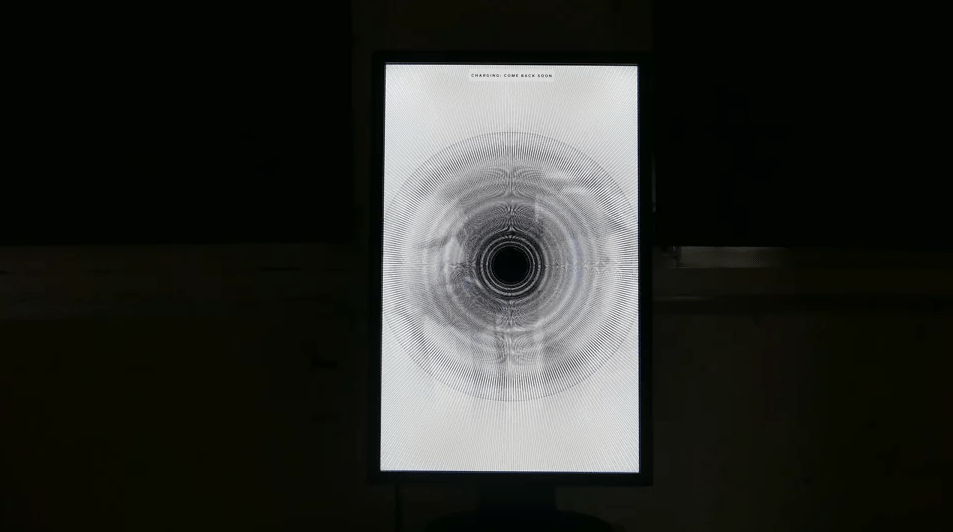 Arcs explores a visual form of neurofeedback by reading in brainwaves and visualising activity through generative moire patterns. The 3 minute interactive experience begins with a reactive learning phase followed by a deeper guided approach in an attempt to redirect the brainwaves.

An EEG sensor will monitor changes in the participants focus/concentration (Beta frequency band), and relaxed/meditative (Alpha frequency band) states to guide the visual feedback. The distinct output primarily consists of generative moire patterns, while introducing subtle video loops from old movies. The moire effect produces a false pattern through overlapping lines and arcs. The perception of a ‘false pattern’, in combination with video and neurofeedback, form the basis of this personal interactive experience.

While most data visualisations consist of data input and visualisation output, this unique form of electronic art creates a feedback loop whereby watching the visualisation unfold directly affects the brainwaves – effectively routing the output back as input. 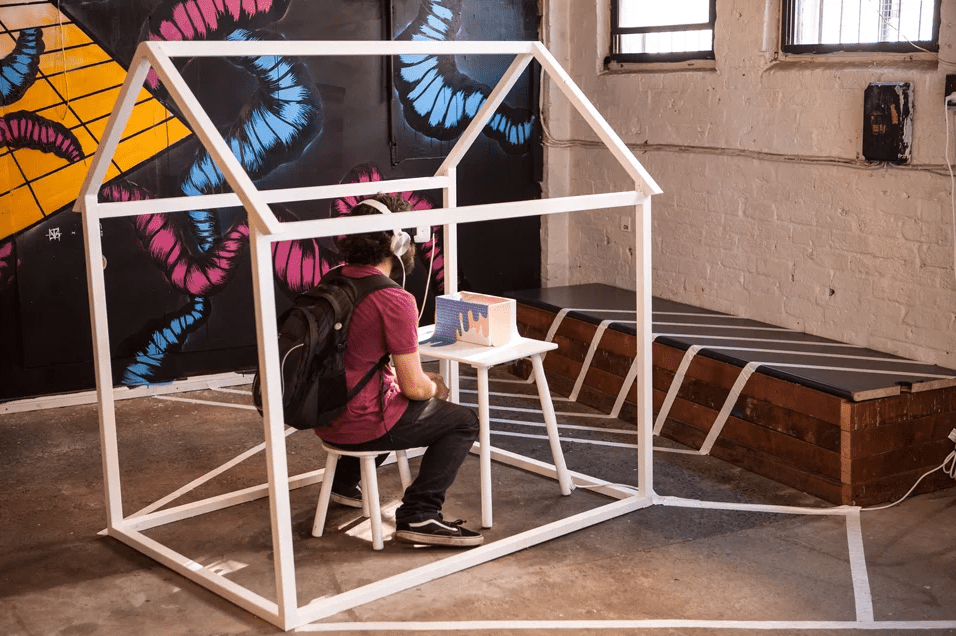 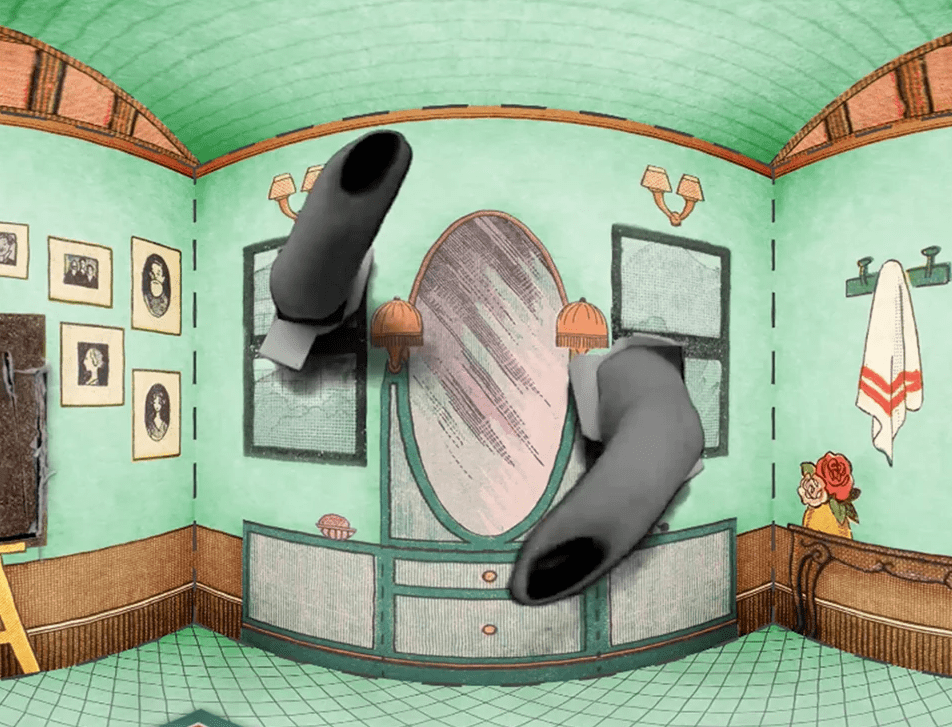 Nicky’s dollhouse virtual reality is engaging multi-sensory experience that challenges how we view the world. The idea of the traditional household is played with in this piece and juxtaposed against the fragile paper construction of the house. In a world full of distractions it is alarming how easy people’s lives can be wasted when they were once filled with optimism and joy. Many issues see in today’s world such as security, identity and privacy are also expressed in the artwork. It asks the viewer to question how information is given to us in world where everything is recorded and manipulated to someone’s point of view or agenda. This interactive piece will place the viewer in an immersive setting one that they have never experienced before that quickly turns unsettling and hostile.

Based on the idea that ‘everyone’s brain is identical – but every mind is unique’, Mind Over Matter is an exploratory interactive piece, which questions the concept of human thought and decision-making. Specifically, the aim is to demonstrate the duality of our mind and brain in which they are conceptually separate yet inextricably linked, through a framework of a fun and simple interactive piece. The user is encouraged to questions whether they are truly separate, or where their consciousness truly lies. 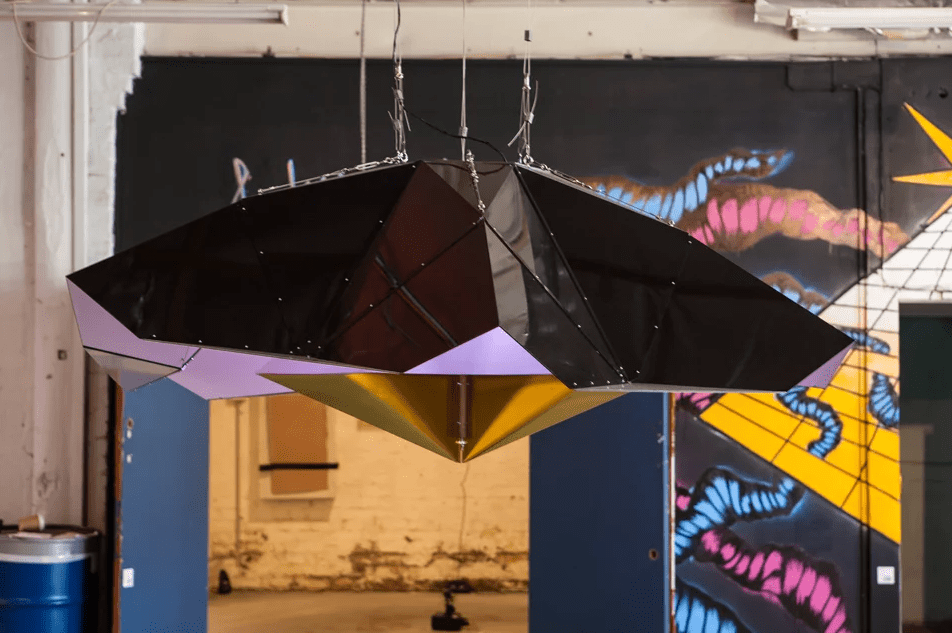 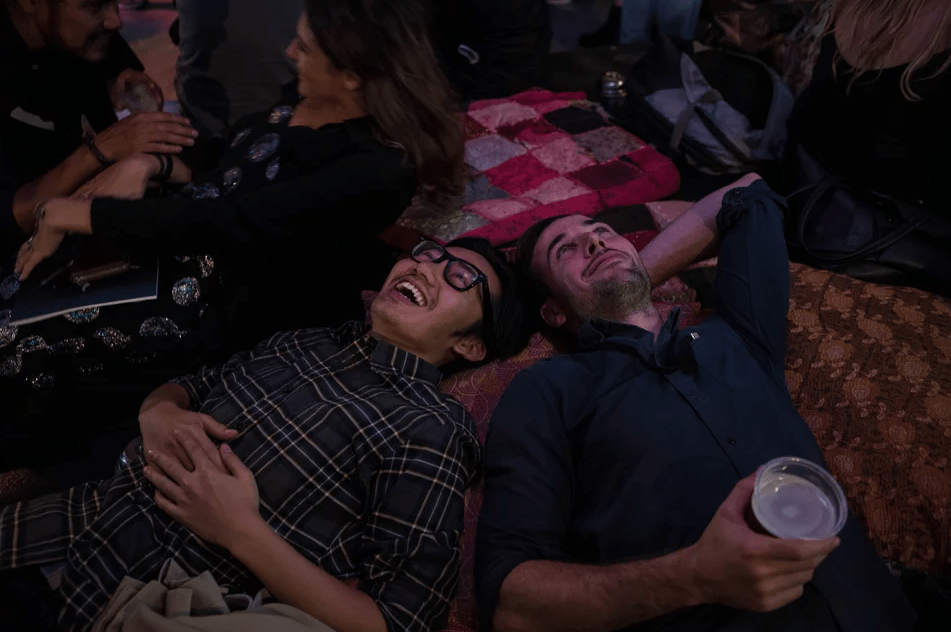 As people interact with the chandelier spinning the levers up and down, it changes light that it projects.