Fables From The Threshold (‘Fables’) is an exhibition we held in April at The Mechanic, Redfern. Where Australia’s best digital creatives came together to put on an immersive showcase of artworks from interactive environments using Kinect to brainwave-tracking and feedback loops to virtual reality to augmented reality. 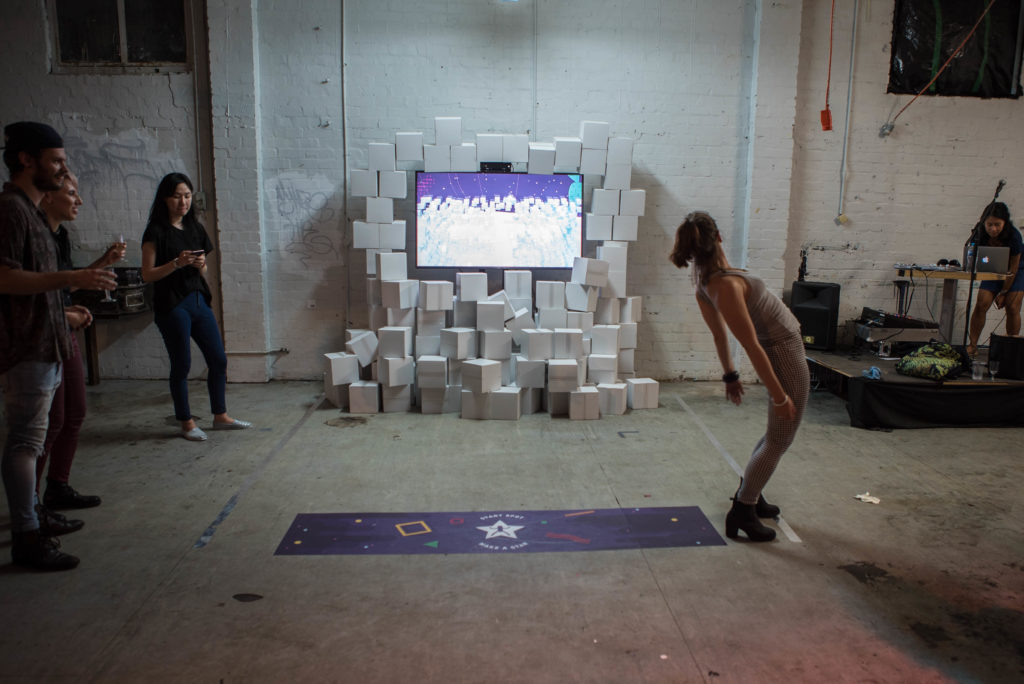 The exhibition challenged audiences to search for ways of understanding through interactivity, while discovering the potential and promise for the future. 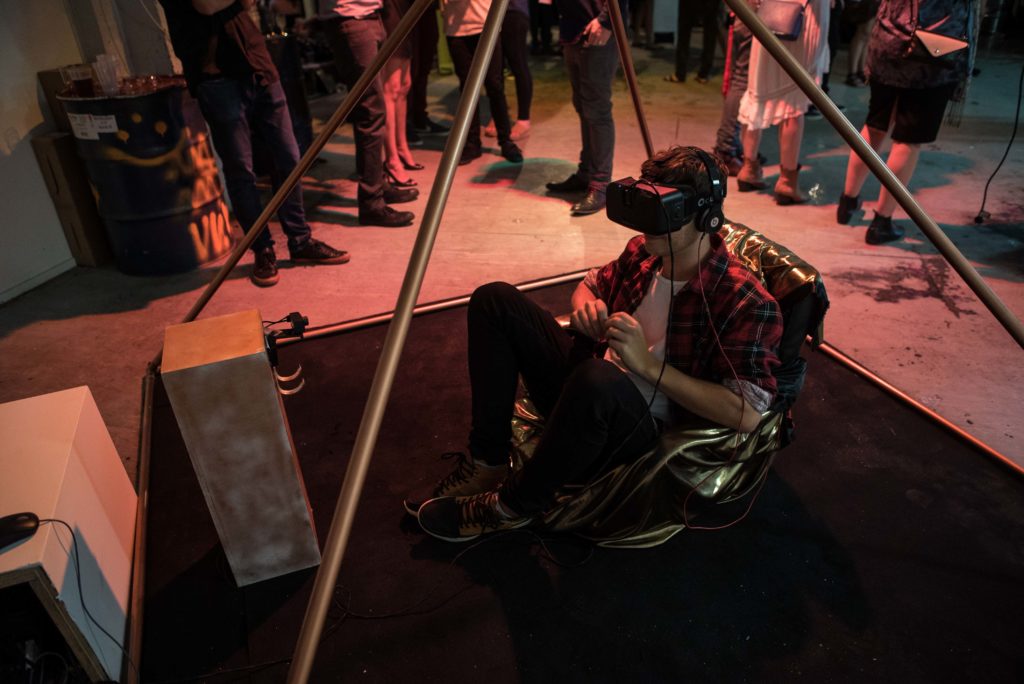 It mirrors our ethos – the belief that technology can enrich the way we tell stories. These interactive stories allowed audiences to actively participate in the creation of new work, putting themselves into the story, crediting their actions as narratives unfolded. Proving there’s more to technology beyond its applications in marketing and advertising. 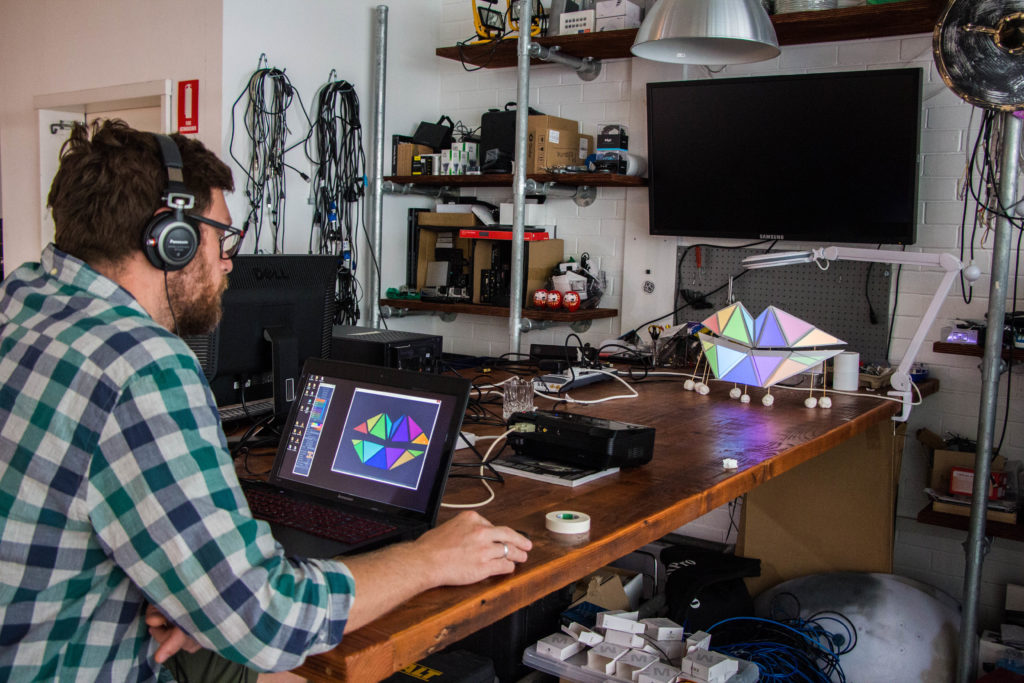 Laszlo Kiss with his work on projection mapped artwork, Lips.

For artists, the brief specified a clear importance for interactivity and discovery, forgoing economic constraints actually led them to an imaginative and experimental pursuit, showcasing pieces filled with passion. 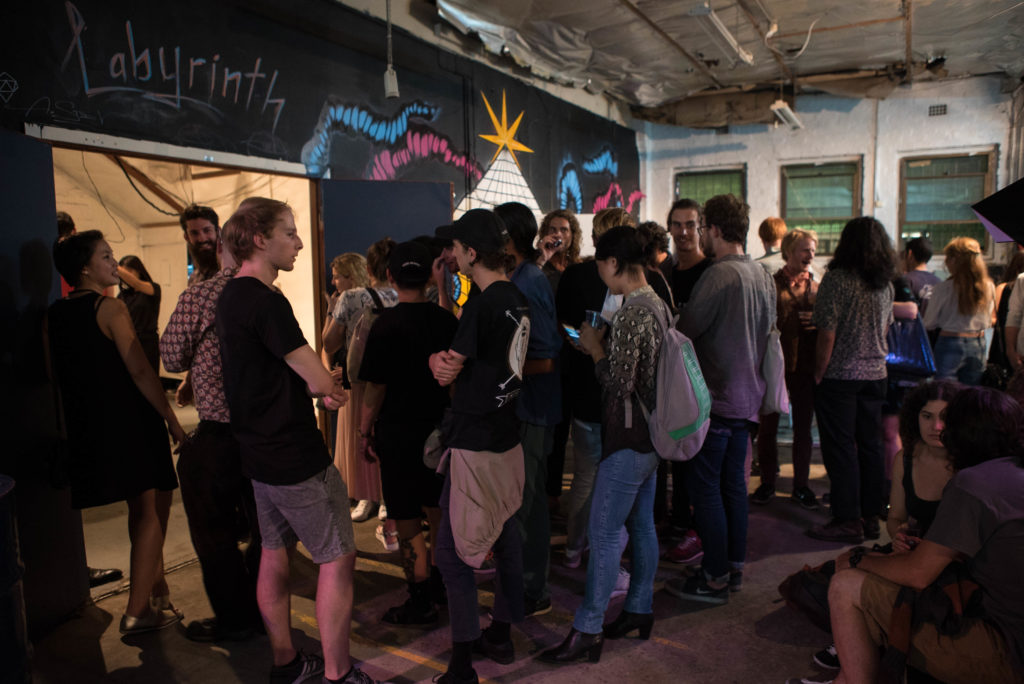 The queue for Anti-Game by Jack Condon and Liam Stephens.

Being quite a unique exhibition, it garnered press, most notably from news.com.au. The response we’ve received for Fables has been fantastic, opening night saw 500+ visitors enjoying themselves, some even queueing for lengthy periods to experience the artworks. 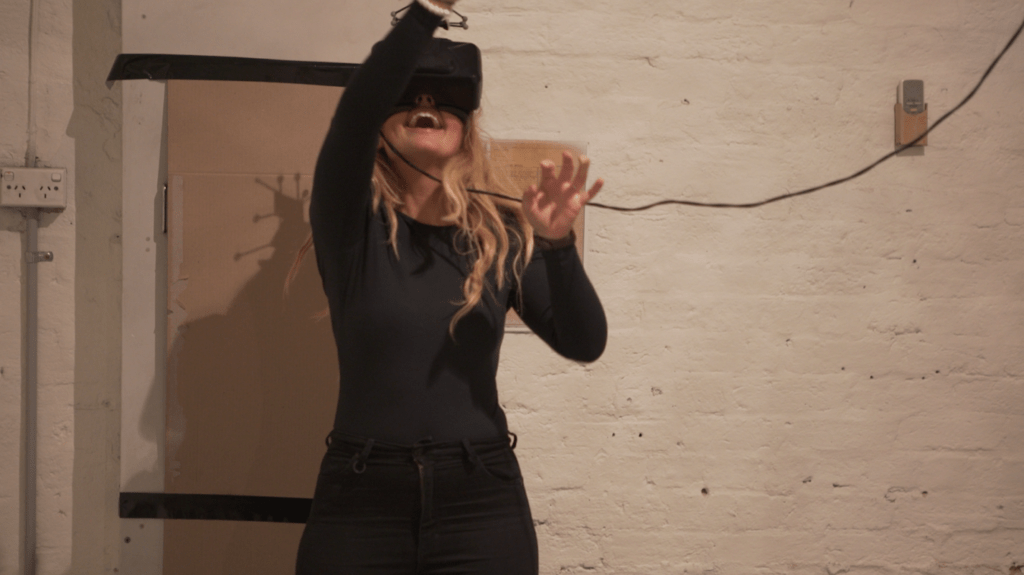 Participant inside Anti-Game by Jack Condon and Liam Stephens.

We’ve found that even though virtual reality experiences are individualistic by nature, the way in how people react actually command attention from other visitors. One of the most popular pieces – Anti-Game – had people walking in a labyrinth in the virtual world. Game players were scared, thrilled, and amazed. Making spectators curious enough to queue and try it out for themselves. 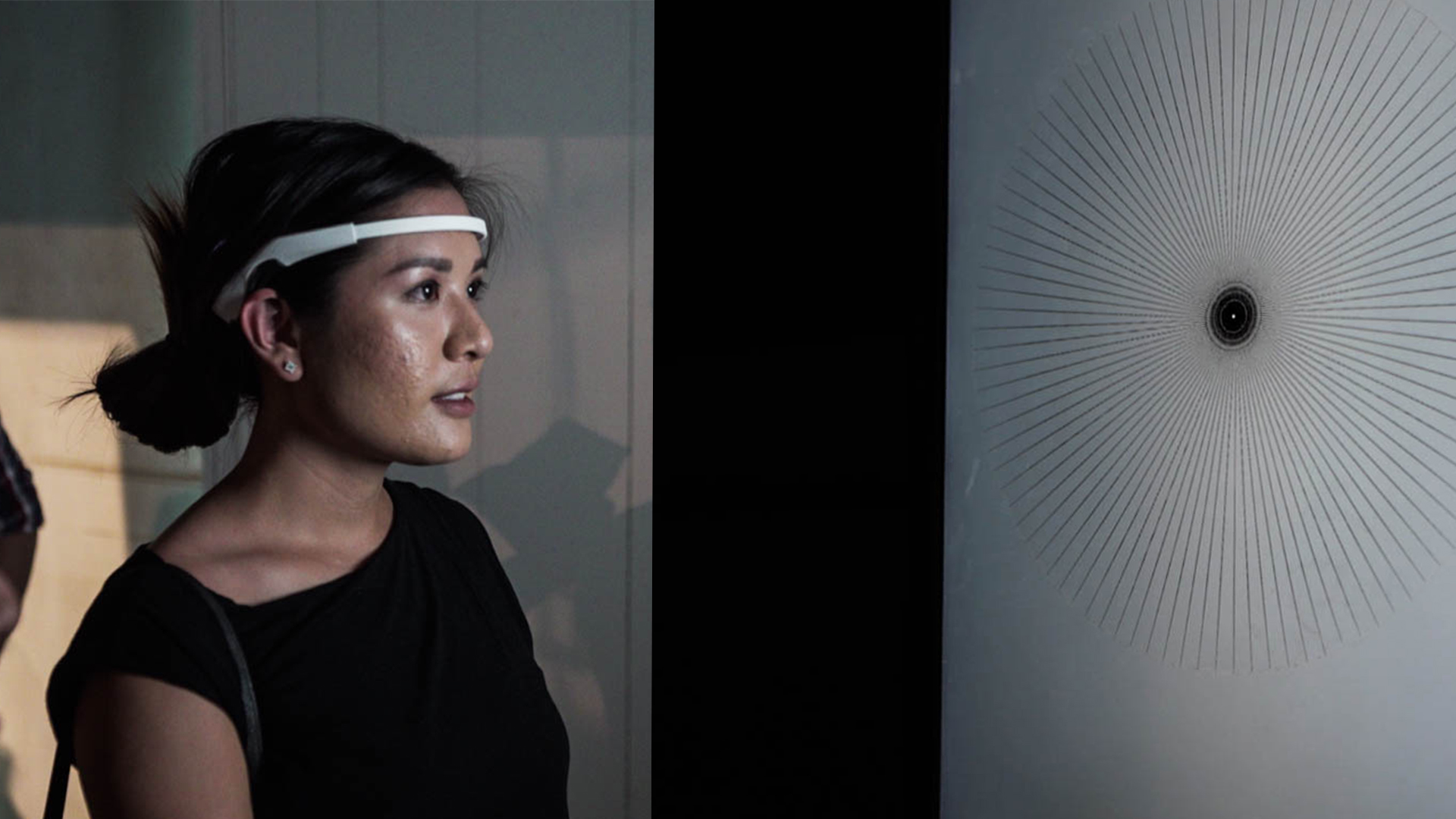 The experimental artworks did not seek to answer how interactivity can best be used, but rather to simply explore its ability to subvert narrative over traditional media. What has been showcased at Fables may just be the new territory for the digital future we are moving towards.

If you’ve got questions about Fables From The Threshold, get in contact with us, or see the helpful links below: