Throughout the creation of Beyond the Stars (BTS), it was imperative that we gave Pacific Island artists and storytellers an opportunity to offer feedback on any and all of the work the team was putting together. Our goal was to encourage direct involvement and open collaboration with the people that knew Pacific Island culture best.

We interviewed Arieta Rika, one of our amazing collaborators and a leading advocate for Pacific Island storytelling, and asked her to reflect on her role in helping the S1T2 team create BTS.

Hello Arieta, can you tell us a bit about yourself?

My full name is Arieta Tegeilolo Talanoa Tora Rika, and I am the founder of Talanoa, an online platform that’s been around since early 2015. When I first launched Talanoa, I was working on it on my own, however since then the Talanoa team has grown to include Emele Ugavule, Talanoa’s Creative Director. 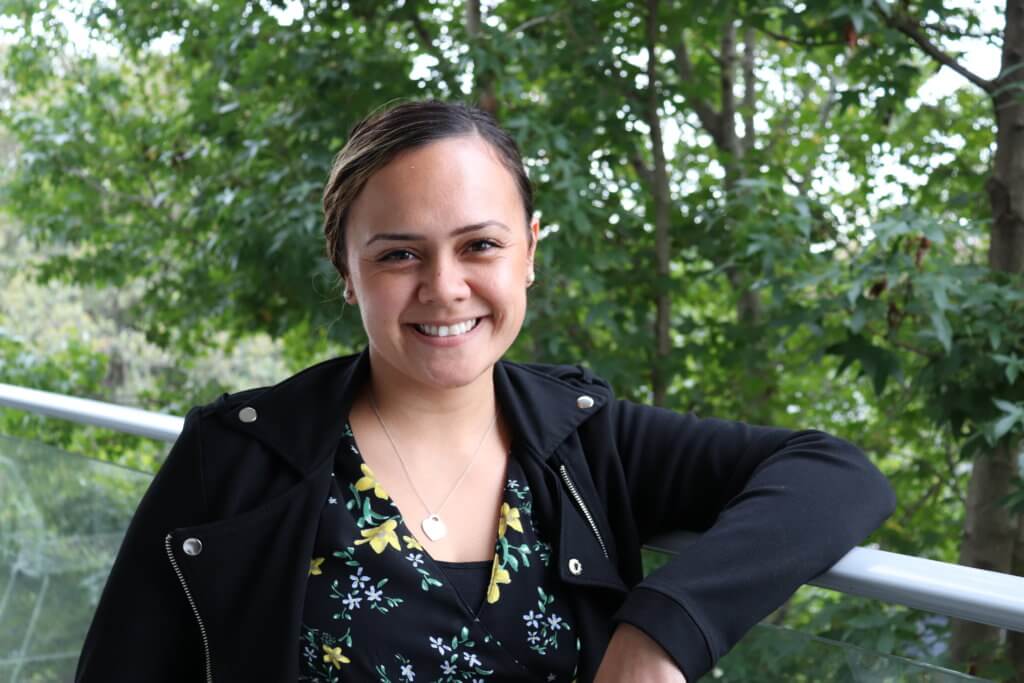 Arieta was one of the many Pacific Islanders who helped make BTS what it is today.

What makes Talanoa so special?

Talanoa is a space for Pacific storytelling. It allows people from around the world to connect through the power of our stories. The purpose of Talanoa has been to create a space where Pacific people could share their stories through different mediums (such as writing, singing, dancing, video, poetry, artwork, etc.) without censorship or judgement. The idea is to provide a safe space for Pacific storytellers, while providing an access point for other Pacific people to consume these stories.

I think that the deeper purpose of Talanoa is to challenge stereotypes from both within the Pacific community, and from outside of it. I really wanted to show people the diversity of Pacific people through our stories. Our stories humanise us and help us to relate to one another, thus challenging negative stereotypes that exist around what it means to be a Pacific person.

Why did you decide to get involved with Beyond the Stars?

I joined the team very early on, when BTS was a budding idea in the mind of Tash Tan! Initially, I had many questions, and while Tash didn’t have all the answers, the ones he did lead me to believe that this project would truly succeed.

I loved the fact that the project involved so many Fijians and people from around the Pacific who were specialists in their field. I also loved that it involved technology, and that it would support Fijian children to learn about how to use emerging technology, opening their world to new ideas and ways of thinking. Thirdly, I loved that the project incorporated storytelling and Pacific culture. That was so important to me. I felt it could reconnect children with their own stories, and their own culture, while presenting them with helpful information about healthy eating and exercise.

Once I decided I was 100% in, I felt really excited and encouraged by the project, even before I could see it translate into reality! 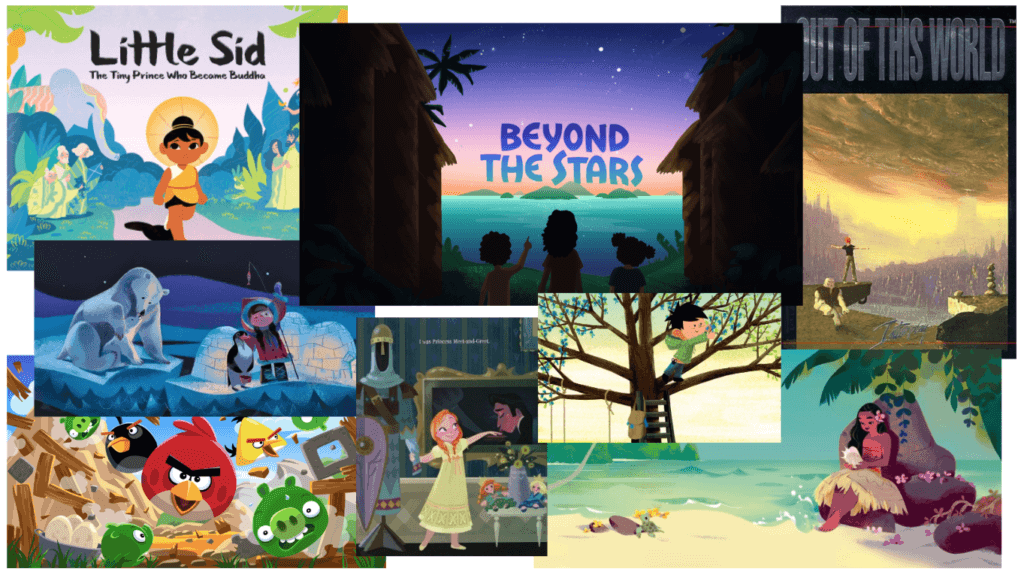 Some of the artistic references that drove the early development of Beyond the Stars.

Were you ever worried that what was being attempted could not be achieved?

Yes I did have concerns, especially with funding from donors and approval from Government officials in Fiji. I never doubted that it was possible, however I did worry at times that it would be difficult for Tash to present the idea of BTS in a way that would resonate with people (both in Fiji and here in Australia) without having anything physical to show them. However, I should not have doubted Tash’s abilities! Being the genuine person he is, he connected with people really well and was able to build a picture of BTS before the project even took off.

How important was Beyond the Stars for you personally?

Very important! In April last year, I wrote a piece breaking down exactly how personal this project is to me.

My family had been directly impacted by non-communicable diseases. In 2008, my father, who we thought was the picture of health, suffered from a stroke which completely changed our lives forever. While he is alive and well today, the emotional, physical, financial and mental challenges we experienced as a family has left a huge impression on me. 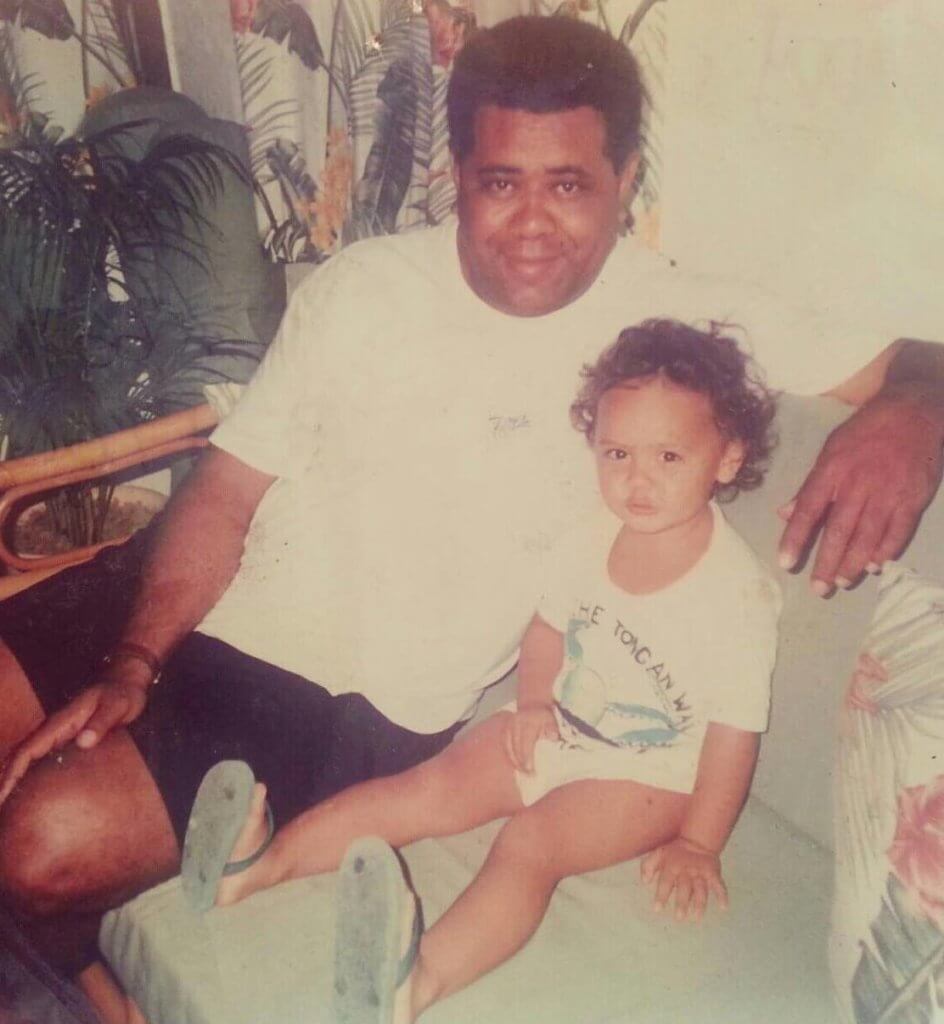 Like so many Pacific people, Arieta’s Ta suffered from an NCD that would change his life forever.

Sadly, I know my Ta (Dad) and I’s story is not uncommon in the Pacific. So many people and families are hit hard by non-communicable diseases, many of which can be prevented. Over the years I’ve heard people say that this issue exists because Pacific people are lazy and uneducated. That is something I cannot relate to. My Ta is a well educated, cultured, traditional family man who took pride in his overall wellbeing – and he has not been an exception. Many of my family members who have experienced diseases such as diabetes, heart disease and cancer were far from lazy and uneducated, and I know the same goes for many of my fellow Pacific people who have experienced these diseases too.

Once Ta had somewhat recovered, and I felt I was no longer operating in survival mode, I clearly remember thinking, ‘how did we let this happen, and how can we stop it from happening again?’ Not just for my Ta, but for… all of us? It’s a question that nagged at me, all the way up until the birth of Beyond the Stars.

Arieta’s interview will be continued in Part 2 of Storytelling Across Islands. Subscribe below to be the first to receive our stories and news on latests projects.