If you’ve missed out on Storytelling in a Virtual World, here’s an article on AdNews or read on for the keynote recap.

A VR sword fight kicks off the Storytelling in a Virtual World session, of course #VividIdeas pic.twitter.com/8Hj3TXlAMQ

Chris and the team at S1T2 were asked by The World Bank to tell their stories of conflict through virtual reality.

Solomon Islands: Evangeliza is a nine-year-old living in nature’s paradise, she just finished her first week of school, but her family is struggling to continue to put her through schooling.

Papua New Guinea: Timothy lives in a small village that conflict has torn apart, now he works with his enemies to find peace.

Myanmar: Lulu lives in an internally displaced person (IDP) camp, her road home is littered with landmines and the government has taken over her village. 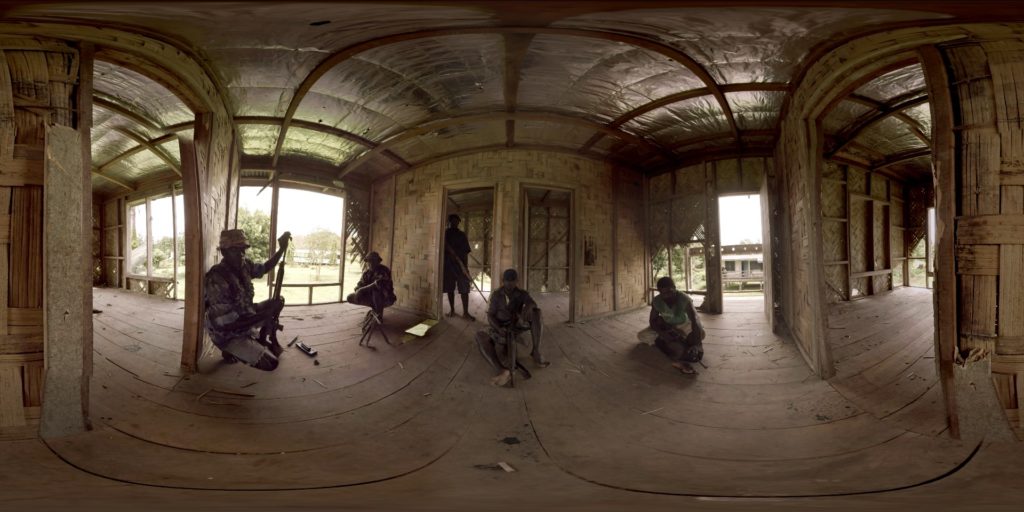 In Papua New Guinea there is peace, but men still have automatic weapons, unwilling to disarm due to tensions.

The World Bank’s Price of Conflict, Prospect of Peace tells stories through virtual reality. Because the frame isn’t enough to tell the story, you need to be there to get to see the effects of conflict for yourself.

As humans, we use stories to understand the world. Stories need not be accurate, but they need to be coherent. Story comes first, technology second and only as a tool to enrich our understanding.

A legacy medium such as film didn’t define movies, it’s something that has evolved over time. And presently, virtual reality sucks at story, although we can see what’s next and where we’re heading, it’s hard to say how long it’ll take to get there. We are here to invent the medium.

As storytellers, it’s important to understand the unique capability of the artform we’re using – whether it’s a film, image, or a painting. Every artform empowers artists with different forms of expression.

A great story makes the most of the unique characteristics of a medium, says @CosmicHorizon #VividIdeas pic.twitter.com/spTs6mOgxQ — AdNews (@AdNews) June 6, 2016 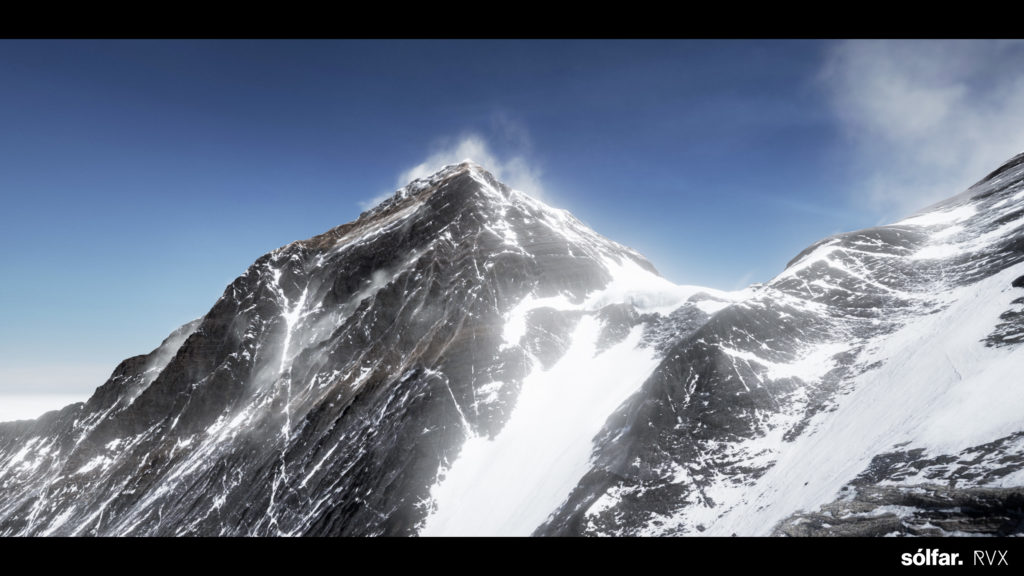 Presence is a feeling as if you’re somewhere else. In outer space or on Mount Everest. 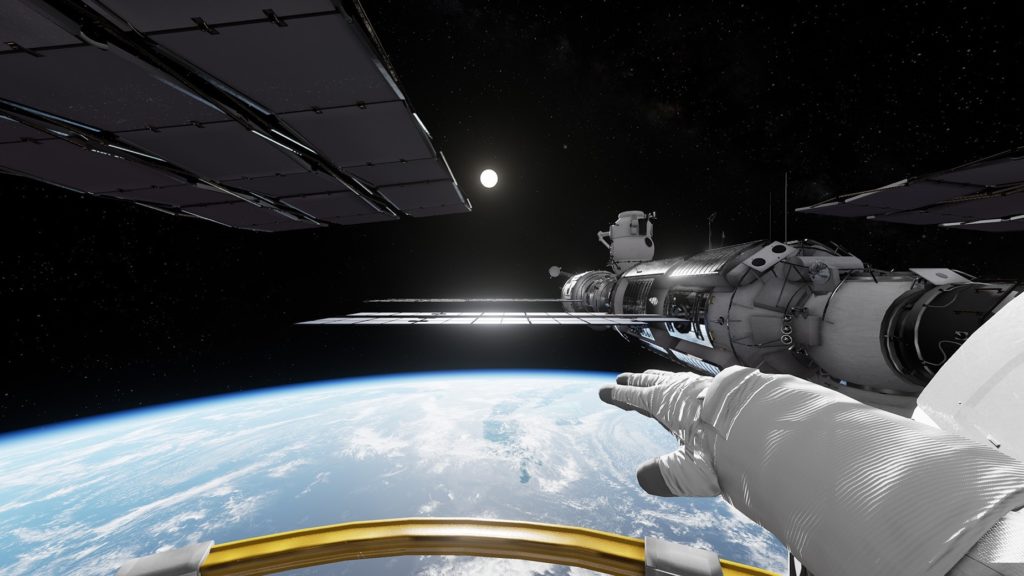 Alterity is feeling as if you’re someone else. Being an astronaut in Earthlight, being an abortion patient in Across the Line. 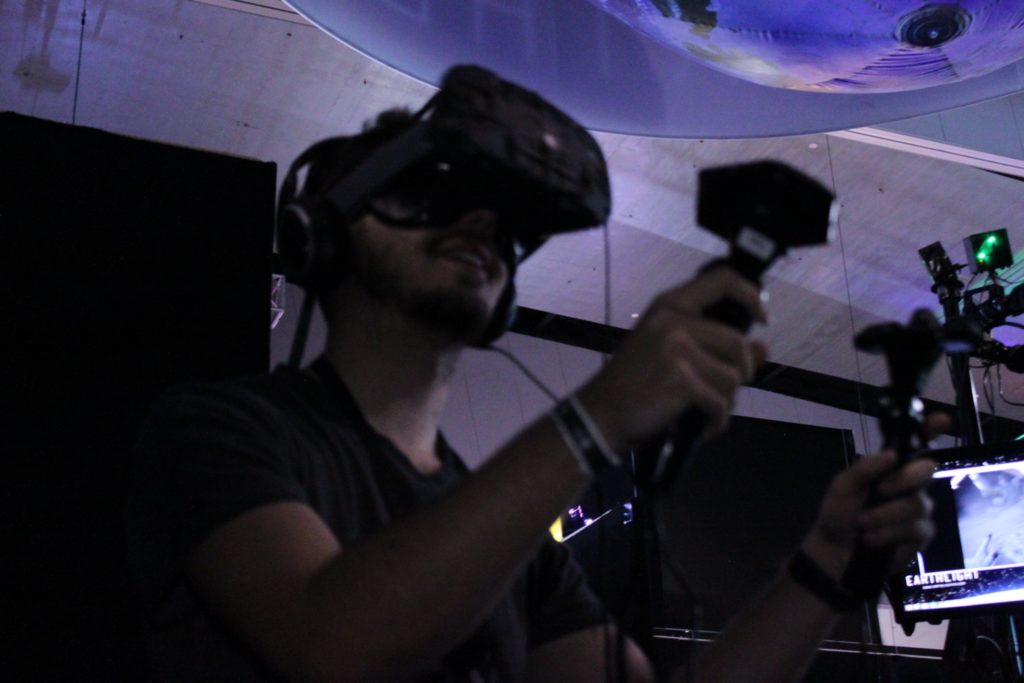 Agency is your ability to influence the world, knowing your actions have consequences. Virtual reality gives us the ability to tell stories that are otherwise impossible.

Mariana Acuna Acosta: Viewing the Camera as Your Audience

I think we’re moving into a dangerous medium with virtual reality, the only reason I say it’s dangerous is because it gives the viewer a lot of latitude not to take direction from the storytellers but make their own choices of where to look. – Steven Spielberg

Is he just afraid of losing control as a director? 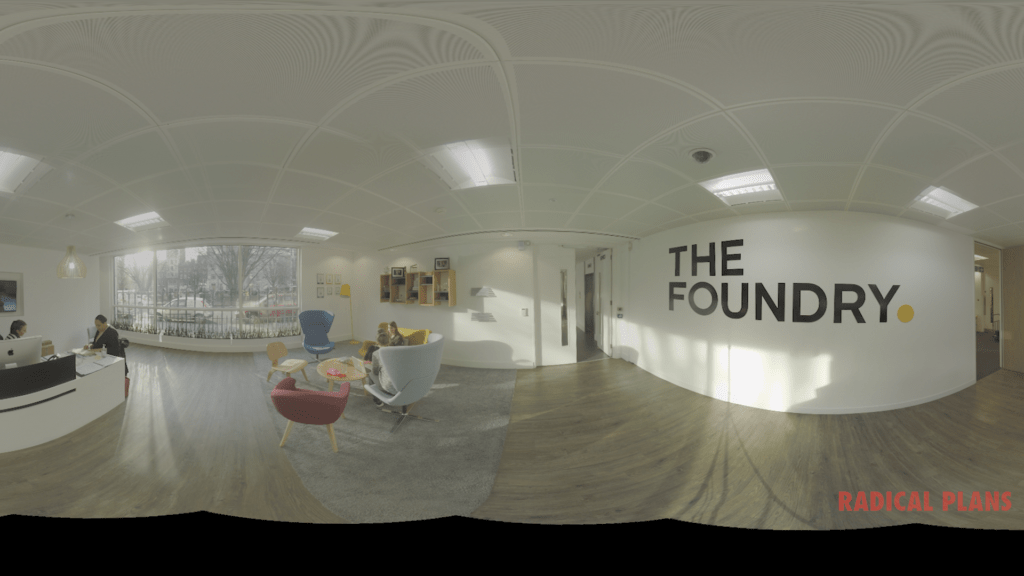 A film, for the most part, is linear, you need a beginning, middle, and end. The camera can force you to focus on things by zooming in or by panning. With virtual reality, the camera is your audience and in 360 degrees. The opportunity with virtual reality comes from the possibilities where you relinquish control that in turn make an emotional and personal impact.

Good news – storytelling no longer needs to be linear. Super excited to see how we can play in VR #VividIdeas

Storytelling in virtual reality looks a lot more like a graph. Adapting concepts from game design to virtual reality, you can think of the player as a witness, victim or killer. Are viewers gonna be active or passive participants? How will their actions have an impact in the VR world?

We are in a time that we’re not to copy old rules but to challenge and innovate them to this new exciting medium.

I am convinced that this is not going to be an extension of cinema or 3D cinema or video games, it is something new, different, and not experienced yet.

Healthcare is arguably one of the most interesting and innovative applications of virtual reality. Through two projects, Topologies of Stroke and Journey to the Center of the Cell, Dr. John McGhee and his team have gone in depth and inside the human body to better educate patients and med students.

The Topologies of Stroke

In his first project, Topologies of Stroke, people are taken inside 3D modeled blood vessels in the human brain. Initially, a raw model was made, but with the addition flowing red blood cells flowing, textures, and light, people were in a better position to understand the story and which direction to navigate in.

Since the human body isn’t meant to be traveled in, it would’ve felt a bit nauseating being confused and not knowing where you’re going or being directed. They created a ladder to help people find their way through the experience. A digital breadcrumb was also created inside the experience as a map to understand where you’re at in the human brain. 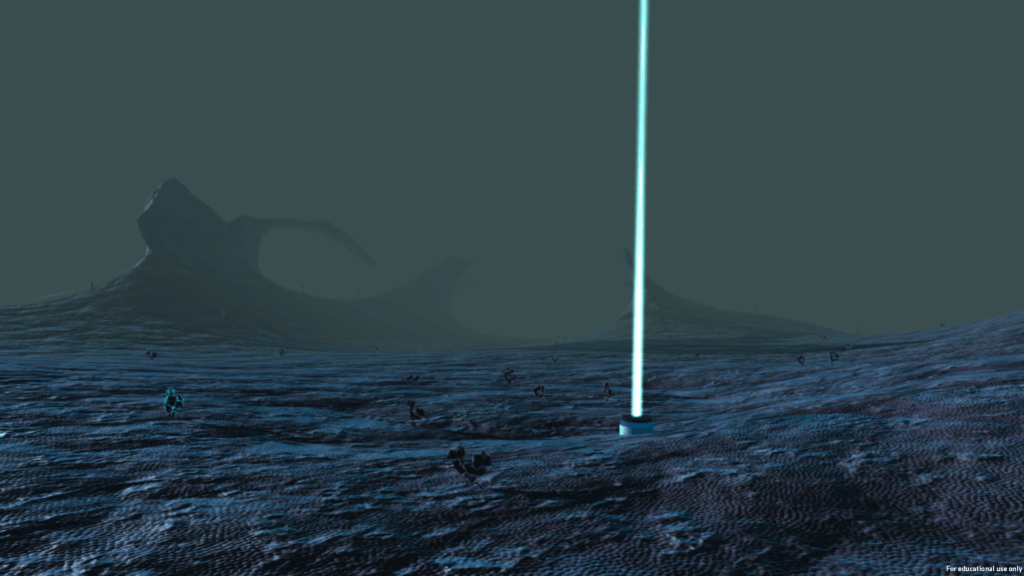 Journey to the Center of the Cell

Journey to the Center of the Cell is a developing project to better educate med students on what happens inside the cell. They can zoom in and out of the nucleus and teleport to different locations in the cell. 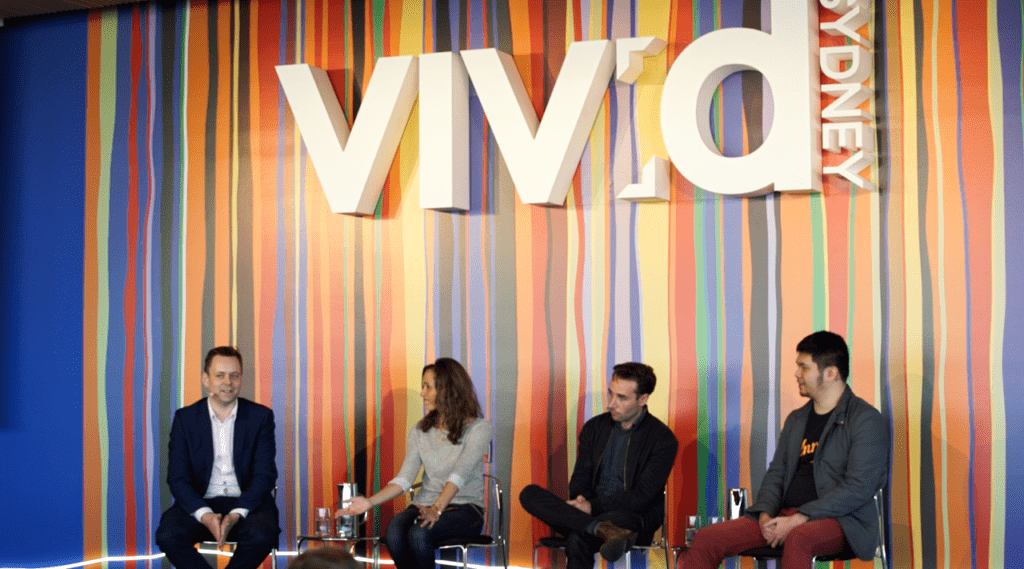 These pioneers have started unearthing the path for virtual reality, it’s the new wild west where there aren’t hard sets of rules. But it’s a rich start as we continue exploring and navigating the affordances of this new medium.

@johninnerpixel suggests we wait for #VR to get through adolescence before its judged. As a medium it’s not yet fully mature. #vividideas — Kate Patterson (@KatePatt) June 6, 2016

Following the talk, there was a virtual reality showcase where people got to try some of the virtual reality experiences from the talk – The World Bank: The Price of Conflict, The Prospect of Peace and HTC Vive Castle Sword Fight by S1T2; Topologies of Stroke and Journey to the Center of the Cell by Dr. John McGhee. 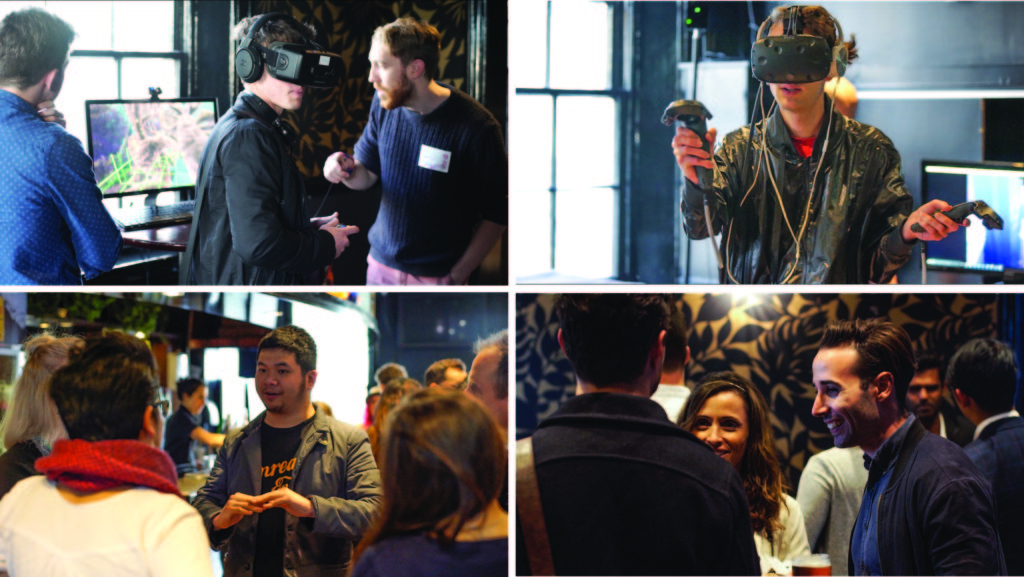 Sign up for our newsletter to get updates about the latest in the world of virtual reality.