When my grandfather passed away in 2012, I was devastated, for a while I was devoid of functioning at normal capacity. I stayed up late lulling myself to sleep watching old movies. Constantly reliving the past scanning photos and recounting memories alongside. I wrote about him, he was so dear to me, suddenly his memory was all I had left. That’s when I realised how important memories are. I wanted to preserve it in it’s entirety before I ever forget.

Our memories and our experiences are what make us who we are. Together with Alzheimer’s Australia, we wanted to showcase their importance through Affinity – an interactive sculpture at Vivid 2015 depicting the human brain.

During Vivid, memories of ordinary Australians were heard as people interacted with the sculpture filling it with light and colour. As you walked through the sculpture, you’re cast within creative and vibrant minds as beams of colour were sent back and forth.

But as the night grew darker, the vibrancy of these memories gradually faded as Alzheimer’s progressed. When midnight struck, a purple shade representing Alzheimer’s swept through the sculpture, erasing all the memories.

Thousands of Australians watch the people they love and respect fade away in front of their eyes. Affinity seeks to honour those lost memories, and encourage people to continue making meaningful ones. 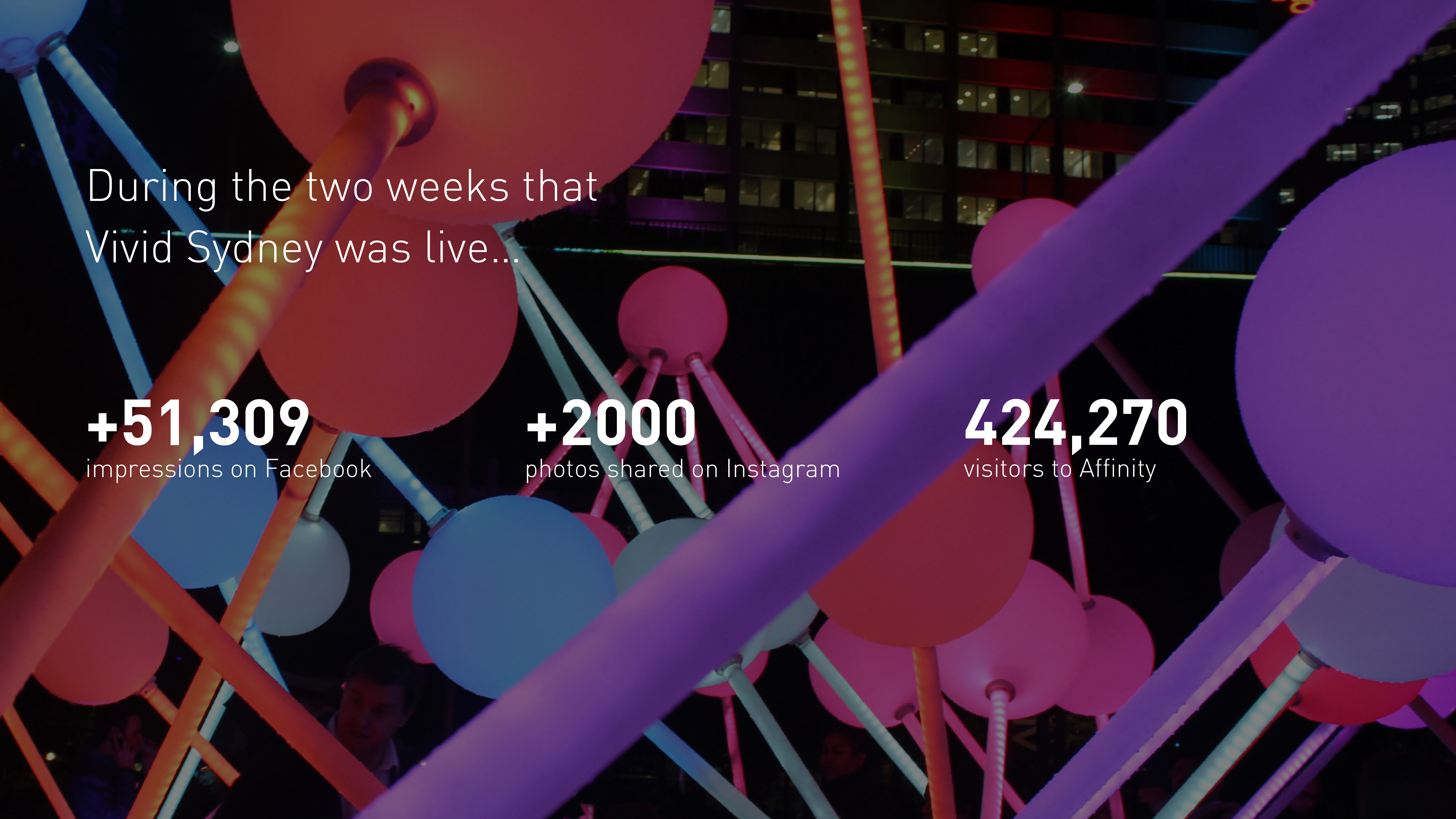 Affinity was the largest interactive sculpture at Vivid 2015. It had over 424,270 visitors averaging an eleven minute dwell time. Continuing its success in Sydney, Affinity is travelling to Melbourne for Alzheimer’s Awareness Week.