As part of this year’s Vivid Ideas, I was asked to take part in an Artificial Intelligence Debate: Does Creativity Require Humanity? At S1T2 we’ve manage to make colourful careers straddling art and science, so I could see both sides of the debate, but I was placed in defence of humanity.

The topic is one that is little understood, seeming to take many by surprise, and so far there’s been little discussion of it in depth. The hope is that with more debate, research, conversation and awareness, we can start to paint a picture of tomorrow and understand how this will change our attitudes and opinions professionally, socially and culturally.

The following is a summary of my talk.

Once upon a time, there was a terrible drought. A crow had been flying for days in search of water. Suddenly, from the sky, she saw a small village. She swooped down and saw a pitcher of water by a house. But no matter how she tried to stick her head in, she couldn’t reach the water inside. So close, and yet so far.

Despondent, she noticed a pile of pebbles and had an idea. Picking up the pebbles, she put them in one by one. With each pebble, the water rose, until she could drink her fill and was saved. Aesop’s fables in the flesh.

That’s creativity. The production of novel ideas that are useful and relevant to a situation. 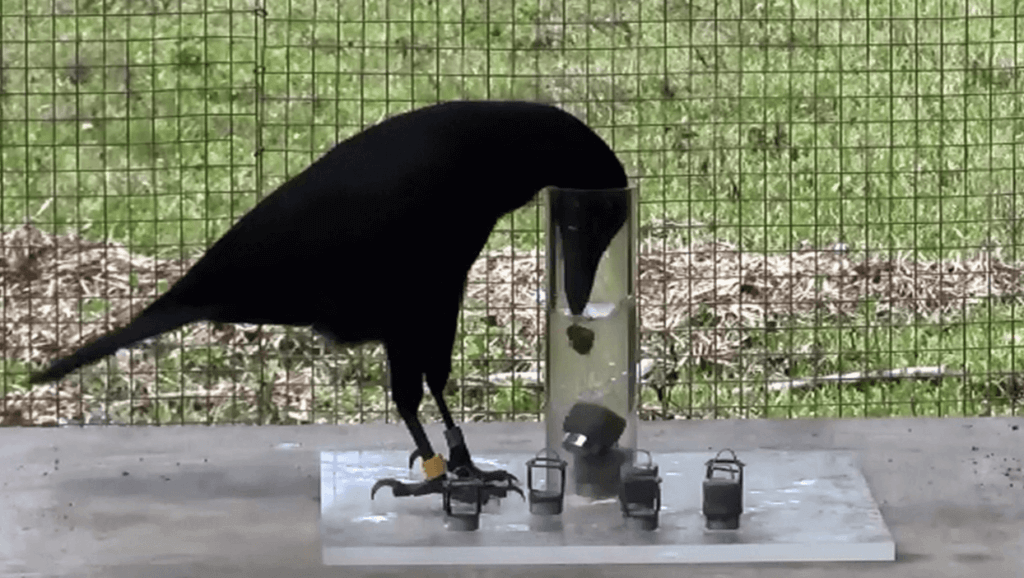 These New Caledonian crows give new meaning to Aesop’s fable of The Crow and the Pitcher.

Creativity has never been unique to just humanity. We see creativity in all kinds of animals. But what of soulless silicon slaves? Are computers or today’s AI creative?

This is Alphago, a deep learning algorithm that defeated the world’s greatest Go player, Lee Sedol, 10 years before it was supposed to be possible. 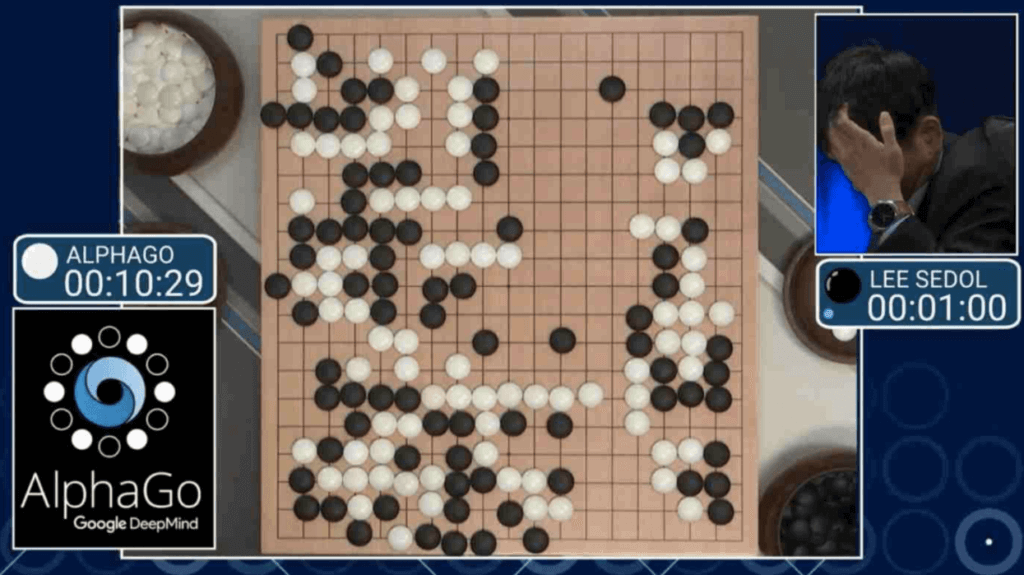 AlphaGo’s win wasn’t just artificial intelligence, it was a moment of undeniable creativity.

The salient point of the victory was not the timing, but that Alphago had to use intuition and creativity to win. It won by making a move that had never been seen by humanity before, an inhuman move, that threw 2,500 years of what humans thought they knew about Go out the window.

Between Alphago and crows, we can see that creativity isn’t unique to humanity. That said, it is uniquely valued by humanity.

One of these paintings was made by an animal, one by an algorithm, and one by a human.

Can you tell which is which? Do you care? Do they care?

Can you tell which of these artworks was done by a human?

The flowers were painted by a trained elephant in captivity. The Rembrandt portrait was created by a trained algorithm. And the middle piece shows how Sargay Mann experiences his world being blind.

Only one is a visual metaphor for the artist’s experience of reality. Only one helps us to understand the artist’s world. 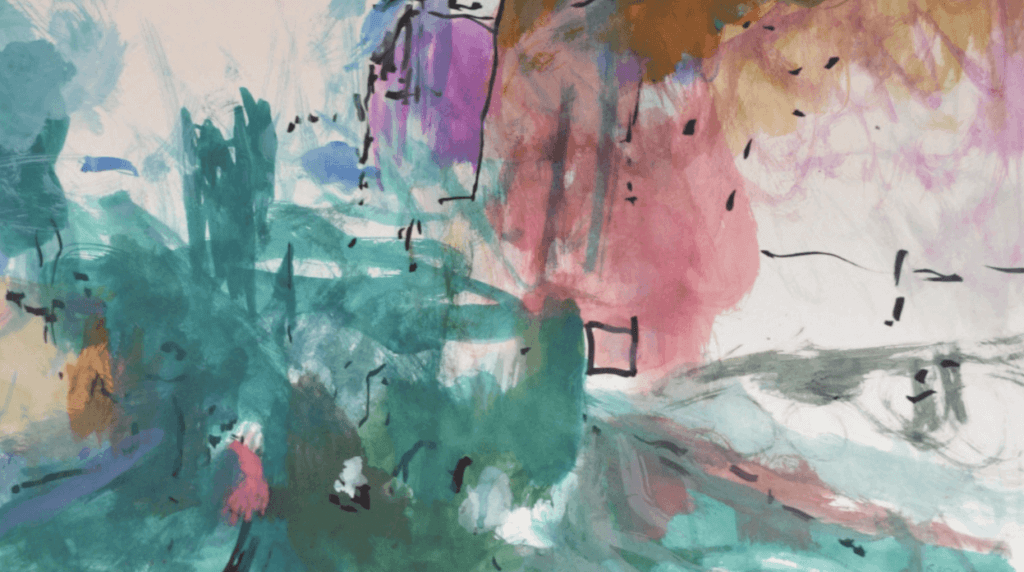 It’s uniquely human to use creativity to convey the way we see the world to others.

Animals and algorithms do not value creativity subjectively, only objectively.

Creativity requires originality and novelty, but equally relevance, value and meaning. And it’smeaning that has let creativity take us beyond the animals, and that still separates us from the algorithms.

Today’s debate is not really about whether creativity is unique to humans, for it simply has never been so. The issue of this debate is does AI need humanity to be creative for us.

Now in my game, the creative field, originality is a premium. The words world first appear in every second brief. But if creativity was just about originality, there’s no contest.

Algorithms are amazingly original. Feed a number of inputs into an algorithm and it will fill every whiteboard in every agency in the universe with original combinations. All original and all useless.

In the creative world, novelty is the easy part of the job. It’s giving that novelty a place, in a living and breathing culture of thinking and feeling humans, that’s hard. It demands relevance, context and meaning. Which are all currently, practically and foreseeably really hard for Machine Learning or AI to do.

Why? The same reason our elephant can’t tell us what it was painting. The same reason Alphago didn’t take all the processors out on the piss to celebrate. Both don’t intuitively understand the concepts of relevance or humanity.

Algorithms rely exclusively on our interaction and our data to give it any sense of relevance. When we’re talking about new ideas, ideas that have never been seen before, the data doesn’t exist. We are still very much required.

Computer scientist’s at Cornell University have created an evolutionary algorithm that mimics biological evolution, a process so creative it created us. They told this algorithm to find the fastest way to take a Box from Point A to Point B. And it amazingly, went away and evolved millions of different times. No one needed to tell it how to do it. It was creative enough to learn, even in ways human creativity could not consider. 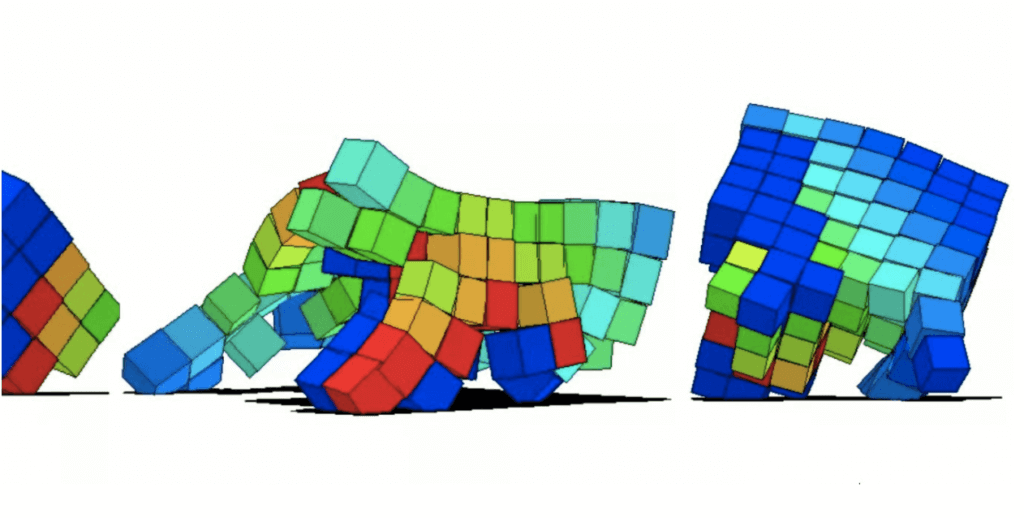 Cornell University shows us how to get from Point A to Point B, evolutionary algorithm-style.

But what if we wanted the algorithm to evolve something abstract, like design a box I’d fall in love with? (That was an actual brief once.)

How could it choose a fitness function for love from which to evolve, when my fiance says I can’t express love? Even though we don’t need to tell machine learning how to do its job, we do still need to define it’s job. And that is a huge issue for autonomous creativity. If we are the ones setting the boundaries, asking the questions, determining what is creative and what is not, then we are still limiting creativity to our human capacity.

We’re left with Picasso screaming from the grave: “Computers are useless, they only give you answers.”

So that’s case closed for now. Creative questions are way more useful than creative answers. And because AI today has no understanding of what meaning is to us, it is still a tool, albeit a super-powered one, that still requires humanity to be creative.

Creativity in the Machine

But what happens on the day we reach Artificial General Intelligence? True AI. None of this soft stuff. An intelligence that is qualitatively different to anything we have seen before. Smart enough to know questions of boxes are stupid questions to ask. And creative enough to ask new ones.

Surely then humanity is no longer required to be creative? 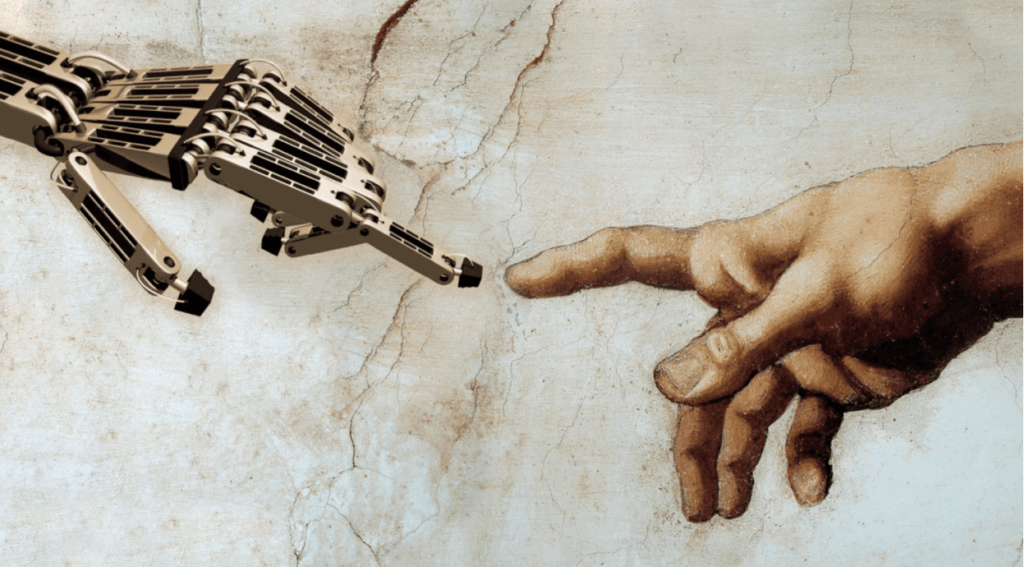 We may be heading towards an entirely new meeting of the minds.

Tomorrow holds no certainties, but we can see two reasons why creativity will still require humanity.

Firstly, AGI’s very promise is that it can go beyond human experience and expectation, squashing our misconceptions instead of feeding into them. Even to the eventual extent that it will have no need for its own creativity at all, as it knows everything about anything in the universe.

But even as a genie of infinite intellect, it’s still our own, now comparably microscopic brains, that are left holding AGI’s lamp. 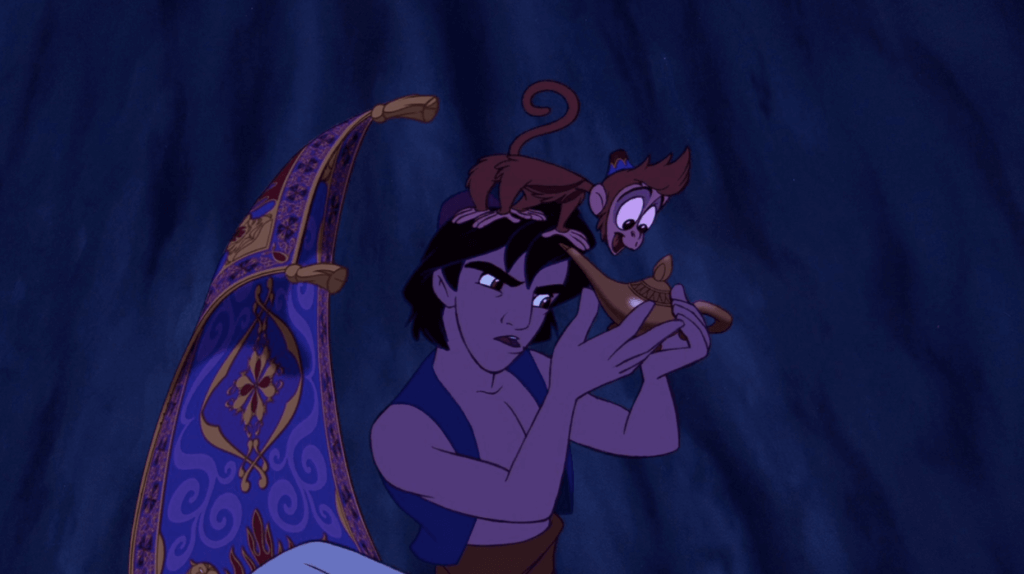 Does the power lie with the genie, or the one who holds the lamp?

It’s like Newton preaching to newborns or Einstein teaching time dilation to toddlers. There’s no assurances we will even recognise AGI’s inhuman ideas as relevant. We already have plenty of problems recognising the human creativity as relevant.

But secondly, and more dependably, creativity will still require humanity because computers are products of engineering not biological evolution. And as such, there is no reason to expect AGI to be motivated by love, hate or pride. No evidence that it will experience boredom, joy or fear. So we can fully expect creativity to require humanity, for nothing is more unique and meaningful than our humanity. 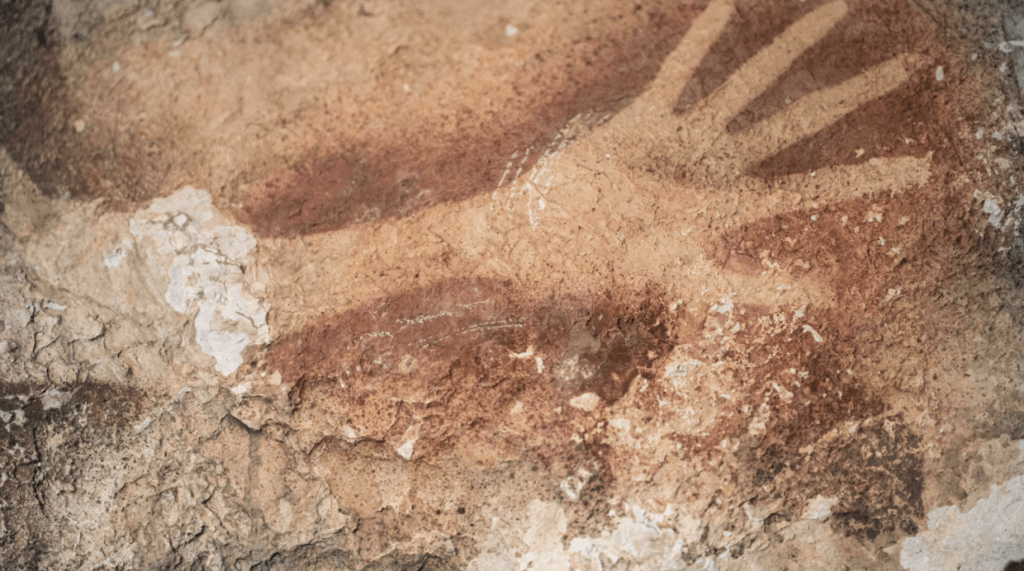 Even the earliest examples of human creativity give voice to the importance of relevance and meaning.

These are among our first signs of creativity. Our ancestors novel but useful way of stretching their voices beyond the grave. The echoes of their descendants – storytellers, poets, painters, and sculptors- have always created inventive ways of communicating the human experience across time and space, for it has always been a meaningful use of our creative capability.

Yes, AI can mimic old well worn forms. But it amounts to no more than a parlor trick, for it is the authenticity of humanity that makes human achievement relevant to us.

6 million people a year still visit the Mona Lisa, even though she’s available online. People pay $5,000 for Kanye West designed sneakers. And fathers will still put their daughters drawings on the mantle.

As long as humanity remains unique to humanity, our creativity will be required, for nothing is more meaningful or relevant than our humanity.

My case is simple:

Creativity requires meaning.
Today, only humanity can determine meaning.
Tomorrow, nothing will be more meaningful than our humanity.
Therefore creativity does, and always will, require humanity.