It’s only a matter of time before Google and Facebook meet at the intersection of search and social. This encounter will signify the end of the online world as we know it giving way to a new era of information control, where unbeknownst to us, content is filtered according to our social interactions, network preferences and virtual identity. It will change the way we, as consumers, look for products, services and information, as well as provide unimagined opportunities for advertisers to connect with audiences…

On the surface, it seems Google and Facebook are on separate paths. They may operate in the same online space, but they provide distinctly different services – Google is a search tool and Facebook is a social platform. A closer look into the mergers, acquisitions, and chess moves being played out by each company however, paints a different picture. Instead of building empires that coexist harmoniously with one another, Google and Facebook are amassing the tools they need to fight a digital war. To the victor will be a monopoly-like reach spanning the entire internet, far greater than anything we’ve ever experienced; one brand that we rely on for everything online. 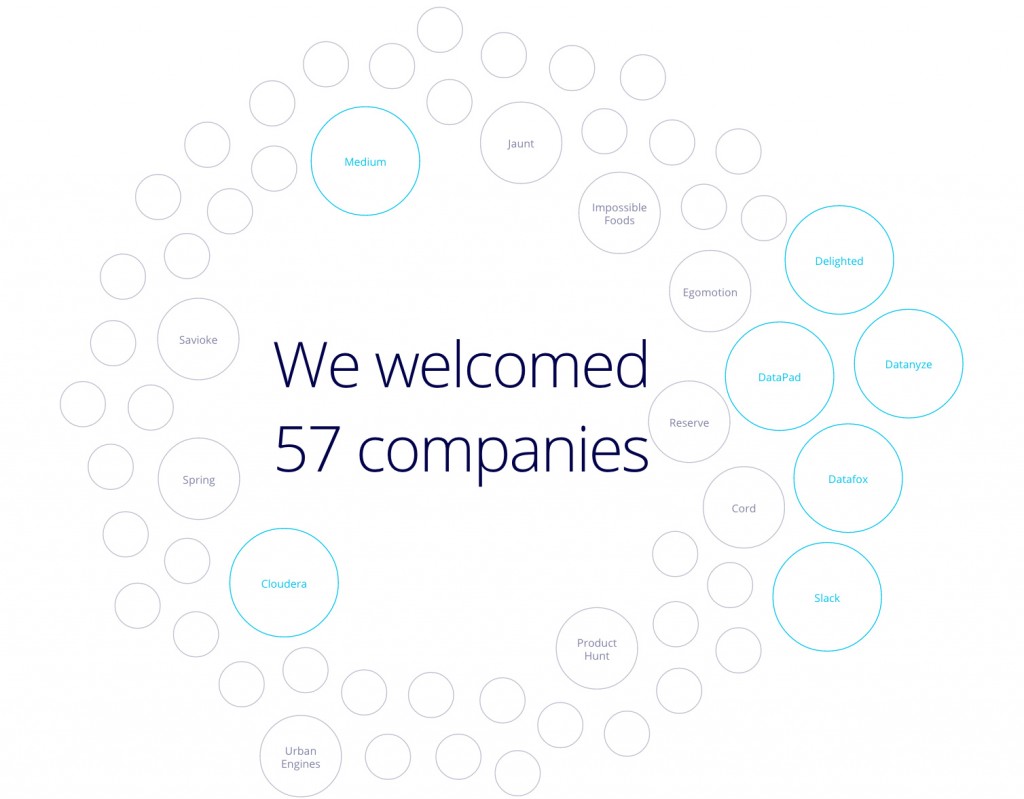 2014 was an eventful year for Google

It’s difficult to imagine but Google wasn’t always part of the online world. The company has not even been around for longer than two decades, yet its influence has grown hand in hand with the seemingly infinite prosperity of the internet. As the digital landscape expanded so too did the need to sort, sift and filter through it making search a necessity. 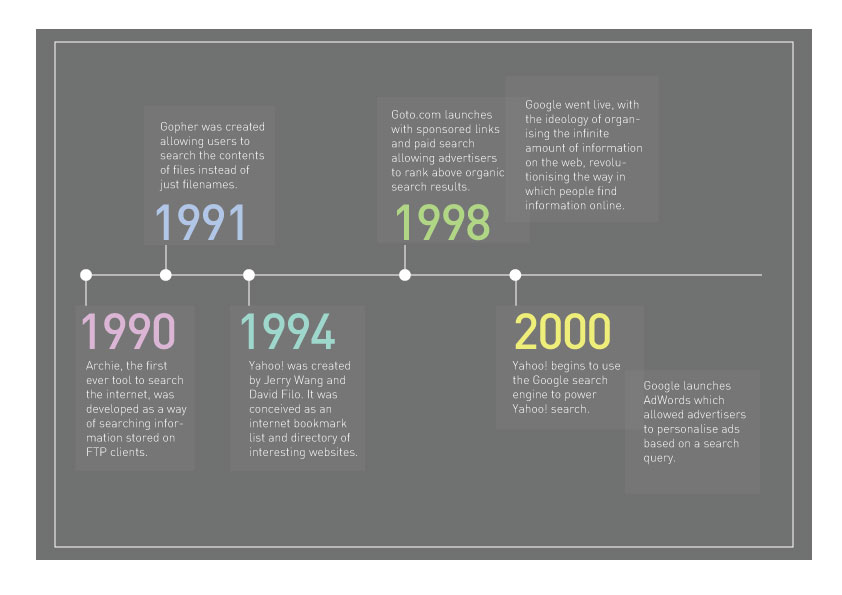 How search has evolved (the important parts)

In the early 90s the concept of search was almost contradictory to how search engines were treating their users. Websites such as Excite, Infoseek and Yahoo! (originally known as “Jerry and David’s guide to the World Wide Web”) focused on providing visitors with a central place for news and information, similar to how a directory would operate – it became less about searching and more to do with suggesting.

Instead of encouraging people to look for their own information, these search engines viewed themselves as city centres where online traffic would congregate and then disperse through the internet. This is why the most popular search engines of yesteryear were also known as web portals – they were acting as one-stop shops for the online world, and in doing so became highly valued real estate for companies to advertise on. 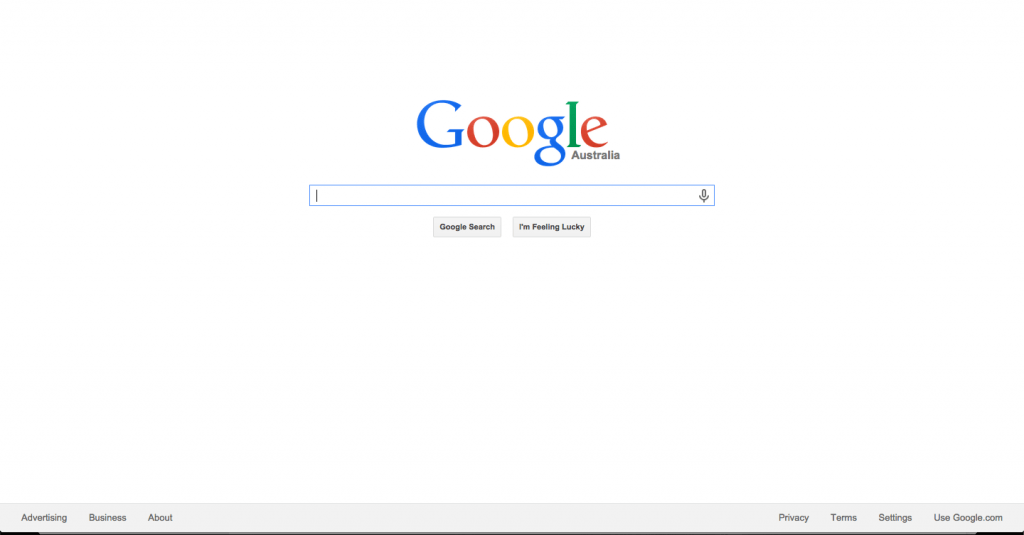 Google compared to Yahoo, can you spot the difference? 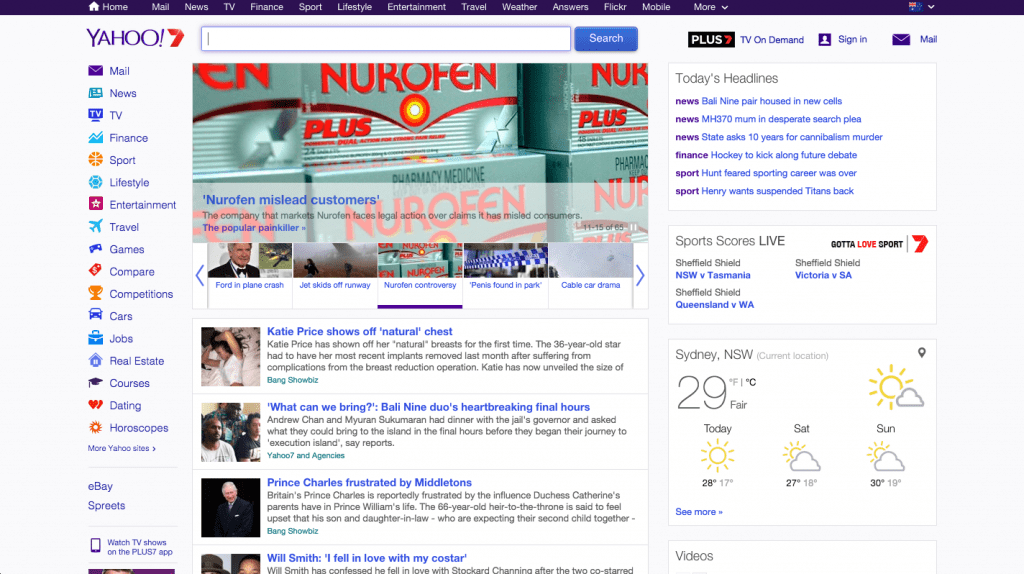 It was not until the launch of Google in 1998 that this business model was turned on its head entirely. Equipped with an algorithm that provided superior results and a page that contained a single input field, Google rediscovered the purity of search by providing users with a platform that focused solely on the ‘search and find’ experience. The company’s ideology of helping users find the information they needed in the fastest way possible has propelled Google into becoming one of the largest and most valuable brands in the world. Even after introducing paid advertising which directly influenced search results, their ethos by and large remained intact.

Google is now a household name. It is the global leader in search with a 68% market share, powering over 3.5 billion searches per day (Source: Internet Live Stats).

“Our goal is actually to make improvements for search that just answer the users information need, get them to their answer faster and faster so that there’s almost a seamless connection between their thoughts and their information needs and the search results that they find.”

The success of Google’s search engine has been the springboard for expansion into other industries. With the revenue generated from AdWords, Google’s advertising platform, the company has been able to invest in maps, electronic cars, operating systems, browsers, fiber networks, and much more.

The Power of ‘Likes’

Like search, social networks have been around for a while, but it was only with Facebook’s success that social marketing started to gain traction. I put this down to three main factors: 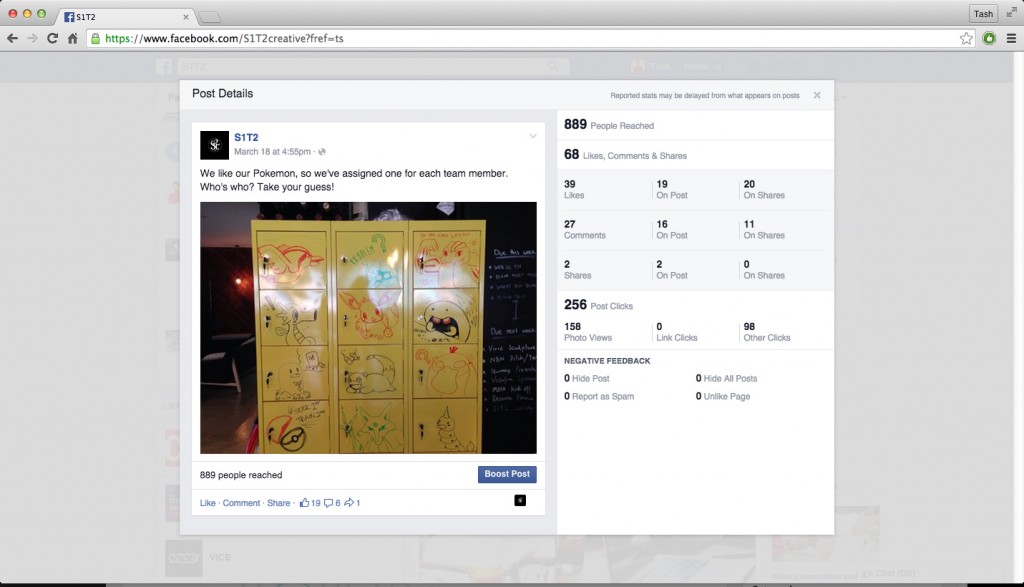 Access to data in real-time has shaped digital marketing

In 2014, Facebook was the second most viewed website in the world – after Google. Now it is recognised as one of the biggest treasure troves of personal information online. With over one billion active users Facebook is gathering data relating to our social interactions every second. And much of this comes down to that one little button: Like.

Facebook likes, unlike other inputs Facebook prompts users for, are easy to amass. By simply clicking “like” on a post, page or comment, you can engage with another person or brand in a matter of seconds. What many people don’t realise however, is the level in which personal details can be extrapolated from simply analysing a person’s history of likes.

In a study conducted by University of Cambridge researchers, they were able to predict personal attributes based on Facebook likes with impressive accuracy. Using statistical models researchers could categorise people as Caucasian or African-American (with 95% accuracy), as well as predict sexual orientation, relationship status and likelihood of substance abuse amongst other things (Source: University of Cambridge).

This data is extremely useful and highly coveted by advertisers as they can use it to build personality profiles and improve the effectiveness of their marketing activities.

But wait – what about Google+?

Google+ was seen to be Google’s chance to break Facebook’s dominance of the social network market. Because for all their apps and industries, the one thing a social network gives is personal information directly from users. Without this, Google may have access to extremely rich data sets of usage and applications, but they will never be able to reach the level of personalisation that Facebook advertising can.

Yet when I asked Jamila Rizvi, Editor in Chief of Mamamia, if she believed Google+ would be an important channel for social media engagement in the future her answer was this:

“I’m yet to meet anyone who doesn’t work at Google who uses Google+… we’ll [Mamamia] go where the people are.”

Jamila’s response was an unapologetically honest assessment of Google’s foray into building their own social network platform. And, sadly for Google, it’s a view shared by many online publishers.

From the many conversations like this I’ve had, it’s obvious there is a unmistakable difference between how people currently perceive Google and Facebook. Google may be the market leader in search, but it is an irrelevant force in the social network arena. Facebook, on the other hand, is the social network of choice – it has the most users, the most marketing spend by advertisers, and is currently the second most frequented website in the world – but it lacks credibility in other internet services.

Google may not openly admit it but it is obvious they are still trying to engage with users on a social level. Everything Google does, from the revamp and relaunch of Google+ a couple years ago to the recent push to promote Google My Business, which aims to attract businesses with the promise of a stronger search and location presence, is all working towards the creation of a singular Google profile.

Facebook however, is fighting to fortify their position, and are now beginning to make inroads into what was traditionally Google’s territory. Take the recent acquisition of the Atlas ad network from Microsoft in 2013. Relaunched in October 2014, this enabled advertisers to tap into Facebook’s consumer data and use the knowledge to target them on non-Facebook apps and websites. By taking this rich information gleaned from its data treasure trove and coupling it with the distribution network of a global player, Facebook has become a powerful adversary to Google. With the release of Facebook marketing and integration with ad networks, Facebook now gives businesses the ability to use the social preferences mined of their user base to advertise to them across the internet. No longer is Facebook limited to on-platform advertising.

The catalyst of this battle comes down to one thing: dollars. Both Facebook and Google are competing for the extremely lucrative advertising dollar, to the point that sooner or later one may very well cannibalise the other. If Facebook is able to erode Google’s revenue from search, they stand to disrupt the very foundations by which Google have built their empire on. It’s up to Google to fight back, by either making a social platform that can actually compete with Facebook, or risk losing everything they have created. Facebook have taken great strides to ensuring their success is not short lived, by means of savvy investments and constantly improving the Facebook engine. But I wouldn’t put it past Google to finally get the social network formula down pat and come up with a social platform that rivals Facebook… after all, they’ve come a long way from two Stanford University guys working out of their dorm rooms.