Starting a business can be daunting task for any person. Apart from running the everyday operations, the biggest fear is when your next job is coming through the door. While there are many solutions to this age-old problem, there is one in particular that we hold dear to heart. That one is of course, advertising. In his address before the American Association of Advertising Agencies in 1926, Calvin Coolidge stated ‘Advertising is the life of trade’. We use it to create demand, inform a wider community, generate new thoughts, desires, and actions – basically, we use it to sell.

But how can you start your own advertising campaign? Without the millions of dollars in budget available to launch TVCs, radio ads, digital activations or other above-the-line campaigns, small businesses need to turn to more cost-effective methods of generating sales.

Introducing Google AdWords, an application available to all businesses with a few clicks of a mouse. Google AdWords – for those that are unsure what it is – is an online platform Google offers to businesses for free where you are only charged for what you use (the clicks you generate). To put it into perspective, if you were to advertise in a print publication, or on radio or television you would be charged for the spot without any guarantee of viewership or action.

Googles AdWords in comparison only charges you for the people that click on your ad and enter your website. This means that your ad could be viewed by a million people and your total ad spend would be $0; although if your advertisement was viewed by that many people and not one clicked it, then you were probably doing something very wrong! This also means that you don’t need thousands of dollars to start a campaign, you can do so with any amount, even something as small as $300. You could even start with a smaller amount, but I’d suggest budgeting roughly $300-$500 for your initial launch because you’ll need enough clicks to generate a sale, or at least enough clicks to be able to conclude if your foray into AdWords was a success or not.

The objective of your Google AdWords campaign should be to attract as many potential customers as you can to visit your website by clicking on an ad displayed in Google Search. This ad is shown based on the keywords you select and Google’s own formula (check out this infograph for more information). In some strategically targeted instances you may want to run an AdWords campaign for brand awareness which can be a sneakingly cost-effective way of doing so considering you do not pay for views, but more often than not you will be running your campaign to generate click-through. 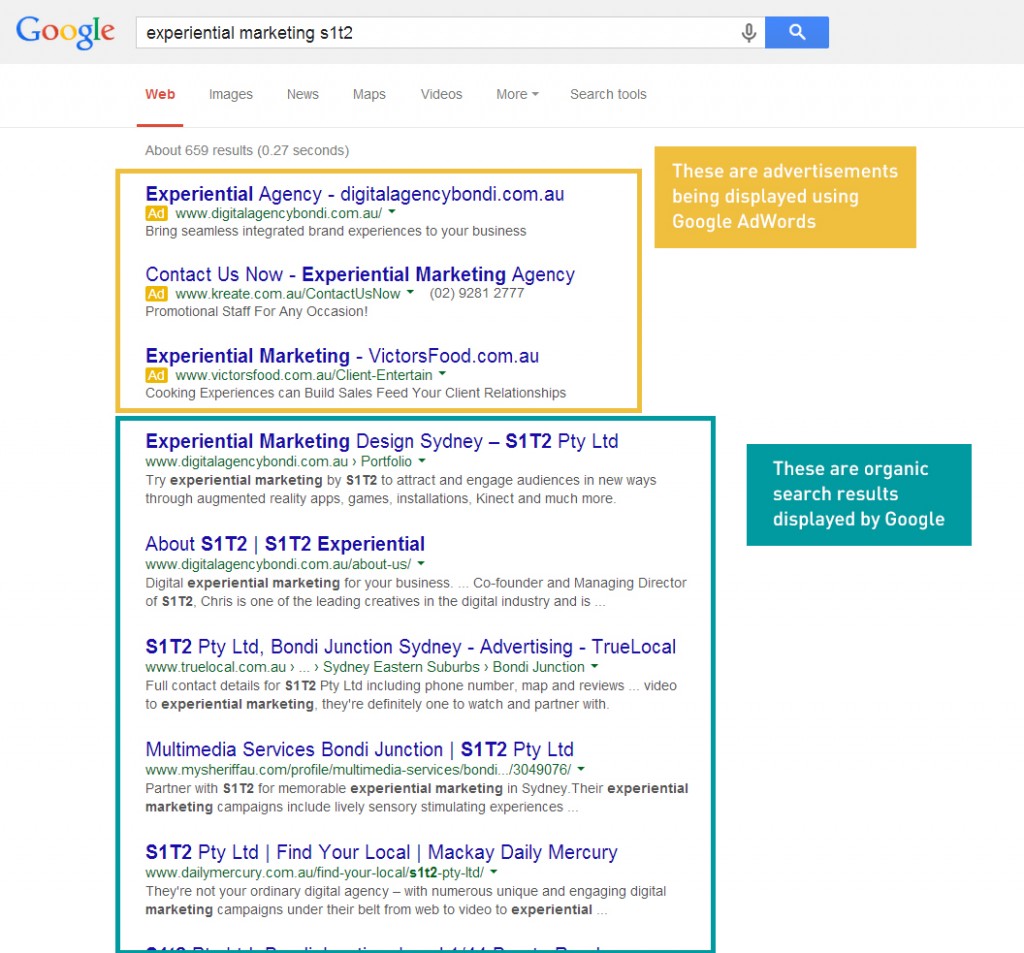 First we need to calculate the gross profit on the service:

Next we need to calculate the cost of generating the sale:

Finally we need to factor in the cost of the sale to our gross profit.

Taking the same cost-per-sale but applying it to a new product however, can produce an entirely different set of results. Here’s how the scenario would have played out if the company was selling t-shirts instead of videos:

As the two scenarios above demonstrate, Google AdWords like any other channel of advertising, is not a secret formula for success nor a get rich quick scheme. You have to make your own judgement whether you believe it will benefit your business. In considering whether AdWords is right for you, it helps to understand your expected profit from sales coupled with the expected costs of generating that sale. Once you’ve established this you can start tinkering with your sales funnel to reduce your cost-per-click and optimise your conversion rates.

To help in your quest, consult the diagram below for the 3 separate areas of your sales funnel you should be thinking about when creating your own online advertising campaign. Remember that a change in any part of the funnel can have big implications on your bottom line. 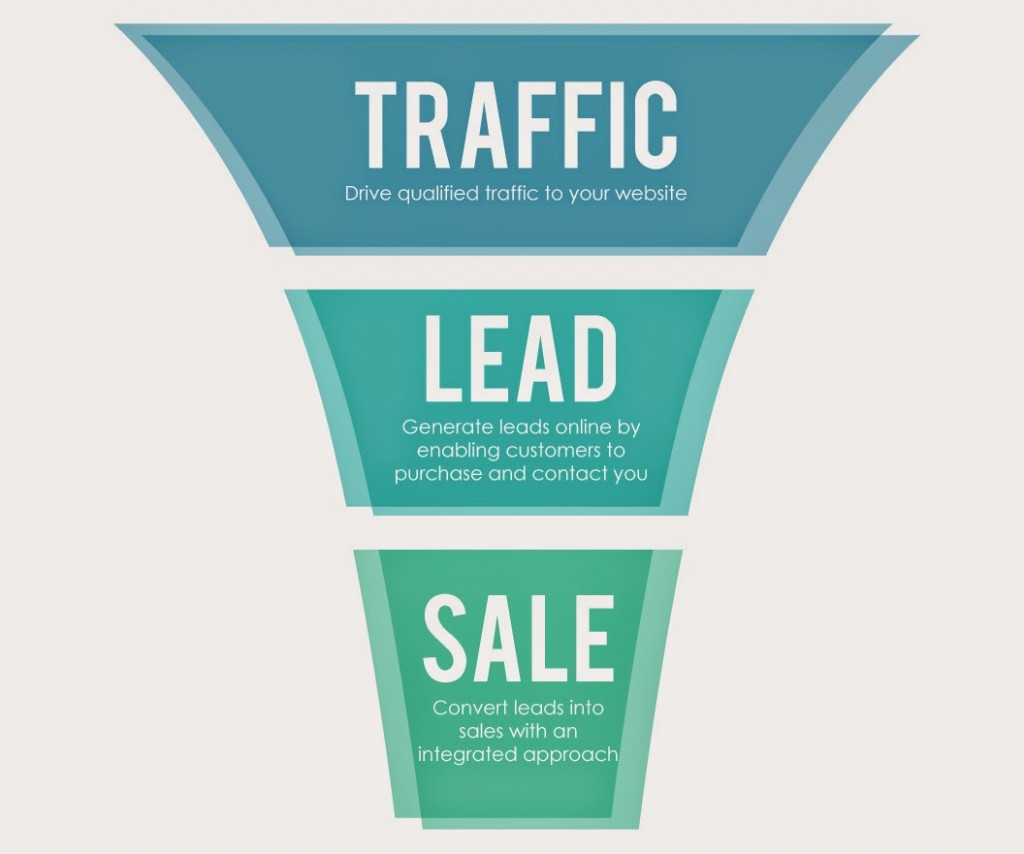 The Internet is no longer simply a tool for information. It is a marketplace that is frequented by 14.37 million Australians on a daily basis, where everybody has the ability to transact or trade, and where public sentiment is formed and moulded. This makes it an invaluable source for new customers and brand advocates, and it is for this reason that the time and money you spend on your digital brand is essential to your businesses success.