Every year, Adobe has been asking select members of their creative community to reimagine their iconic ‘A’ logo, encouraging leading artists around the world to take control of the company’s visual brand identity and make it their own. Known as the Adobe Remix program, this digital marketing initiative gives the software company’s brand back to customers, asking them to visually articulate how they see Adobe. Last year, creative agency S1T2 was invited to be the first Australian artists to take part in the initiative, with their live remix launching the Adobe Marketing Symposium at the Sydney Opera House.

With automation and artificial intelligence beginning to pose a significant threat to the creative industry, S1T2’s interpretation of Adobe Remix uses live performance, real-time and creative technology graphics to explore and visualise the relationship between a creative and their tools. The experiential marketing performance created a symbiotic duet in which pianist Gavin Ahearn explored the human side of creativity through rhythmic beats. Meanwhile, dancer Naomi Hibberd – decked out in an experimental, inertia-based motion capture suit – took on the role of AI muse, translating human inputs into a new plane of creativity.

Both Gavin’s music and Naomi’s movements were tracked throughout the performance, providing live data used to remix the Adobe logo in real time. Bringing the partnership between creative and AI to life through computer graphics, the data visualisation used creative technology in the form of dynamically generated particle effects and ribbon systems to map music and movement onto the screen. The performance builds towards a satisfying crescendo before exploding in a final creative burst to create our reconceptualisation of the Adobe logo.

S1T2’s Adobe Remix was showcased at the 2017 Adobe MAKE IT Conference in Sydney, with a video of the final performance available on S1T2’s YouTube channel. The project is also available for full viewing on Behance garnering over 10,000 views and 500 likes to date. 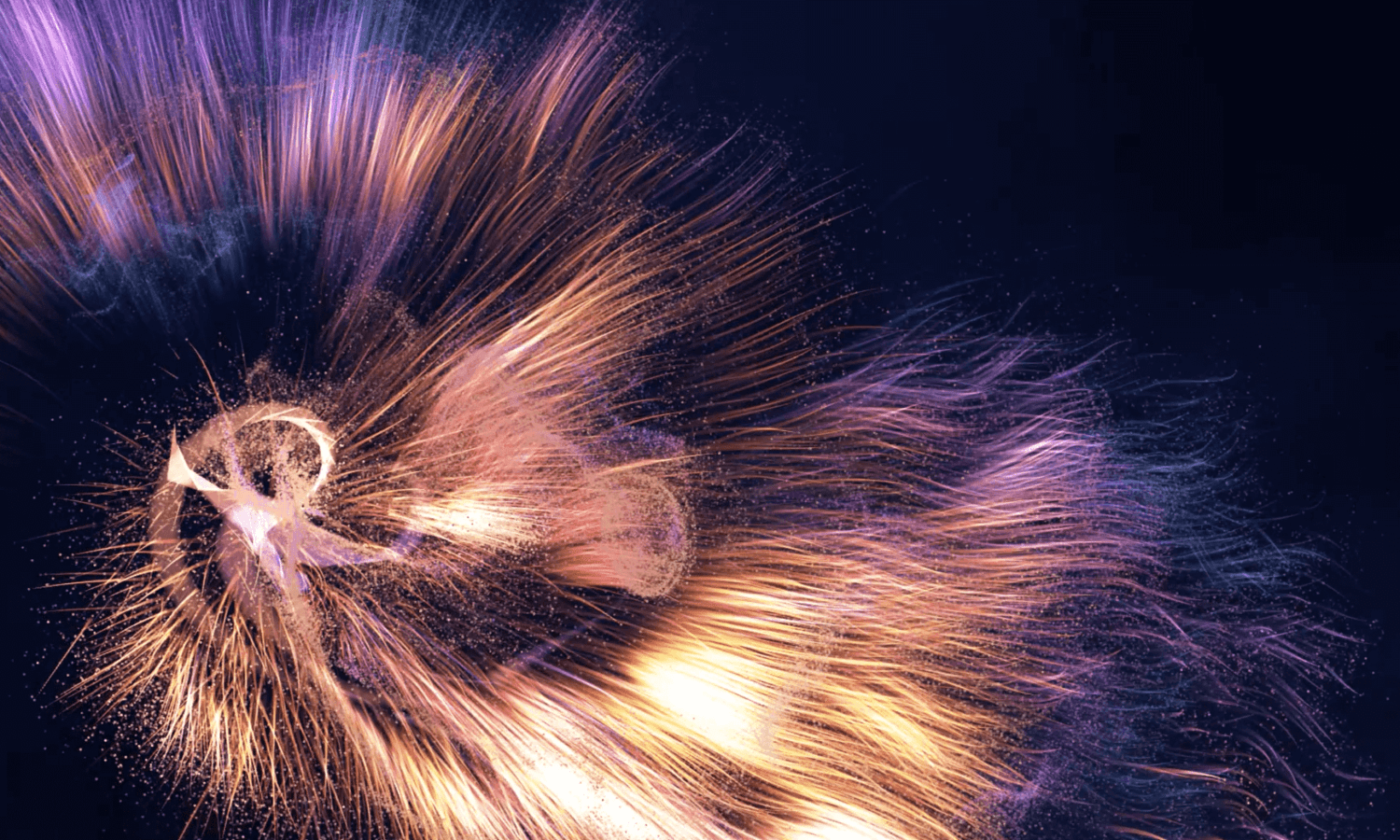 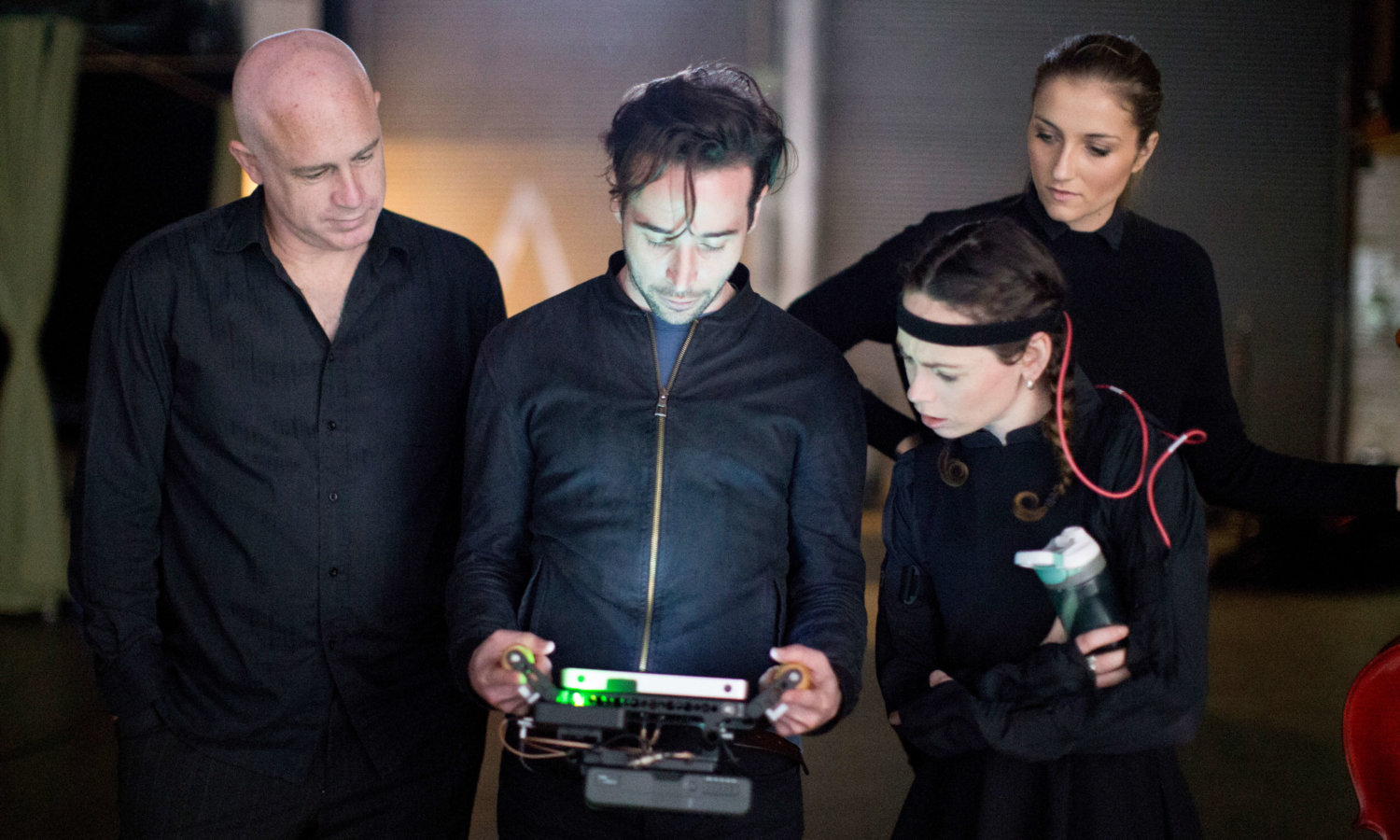 The musical score that forms the theme of the performance was created by pianist Gavin Ahearn through a process of iterative improvisation in collaboration with the dancer, Naomi Hibberd, and S1T2’s creative technology team. Building from one note, then two, eventually to seven, the theme represents the process of creativity through its accumulative nature. The choreography was developed in a similarly collaborative fashion, with Naomi filming small snippets of movement and then the whole team working to fit these together into a cohesive whole. In order to translate her movements onto the experiential marketing visualisation, we also teamed up with Danish company Rokoko, using their experimental Smartsuit Pro to capture and map her live movement data to a skeletal system in real time.

As both the music and the choreography were being developing, the S1T2 team mapped out the performance through a storyboard, and then mocked up a pre-rendered animatic video that gave us a clear sense of the project’s aesthetic and direction. From there, we began working with OpenFrameworks and OpenGL shaders to bring the on-screen visualisations to life through creative technology. Within these frameworks, mapping the musical and motion data onto the screen to create the final logo remix involved two different systems of visualisation.

The core of the real-time visualisation was created from a network of particle effects to visualise the pianist’s music and the dancer’s interaction with it. First, a robust particle system could be attracted and repulsed by the dancer. Another particle system would then ‘inherit’ the motion of these particles, drawing trails according to their velocity and movement. Finally, a third system of ambient particles was used to create a sense of depth. We also created a ribbon system, mapping the dancer’s bone position on-screen, emphasising the correlation between her physical and virtual self during the experiential marketing performance.