As part of the annual Vivid Sydney Festival, creative technology agency S1T2 and amigo & amigo created RAY, an interactive light sculpture designed to tackle the problem of energy poverty. Based on the tree of life, RAY uses experiential marketing and interactivity to demonstrate the positive role of renewable energy on the planet. Charged by Southern Cross University’s 1.2 kilowatt ‘sunflower’ solar array by day, and the kinetic energy of visitors by night, RAY was the first ever solar-powered installation to be exhibited as part of the Vivid Sydney festival. RAY was also festival’s first talking sculpture, with audiences able to interact with the sculpture in real time through the hashtag #HiRay on Twitter.

According to IBM’s ‘Heart of the City’, RAY was the most visited installation at Vivid Sydney 2014, with 353,559 visitors averaging a twenty-two-minute stay. To gain this level of engagement, RAY extended interaction beyond the physical activation through social media. This allowed the sculpture to take digital marketing to the next level, generating over 200 tweets, 450 Instagram photos, and 20,000 social impressions  during the two weeks that Vivid Sydney was live. RAY also received substantial media attention, with features in publications including the Sydney Morning Herald, CNET, and Vice’s Creators Project.

Due to the activation’s popularity, RAY subsequently returned to Sydney at World Square and Cockle Bay Wharf. A video case study for RAY can be seen on S1T2’s YouTube channel. 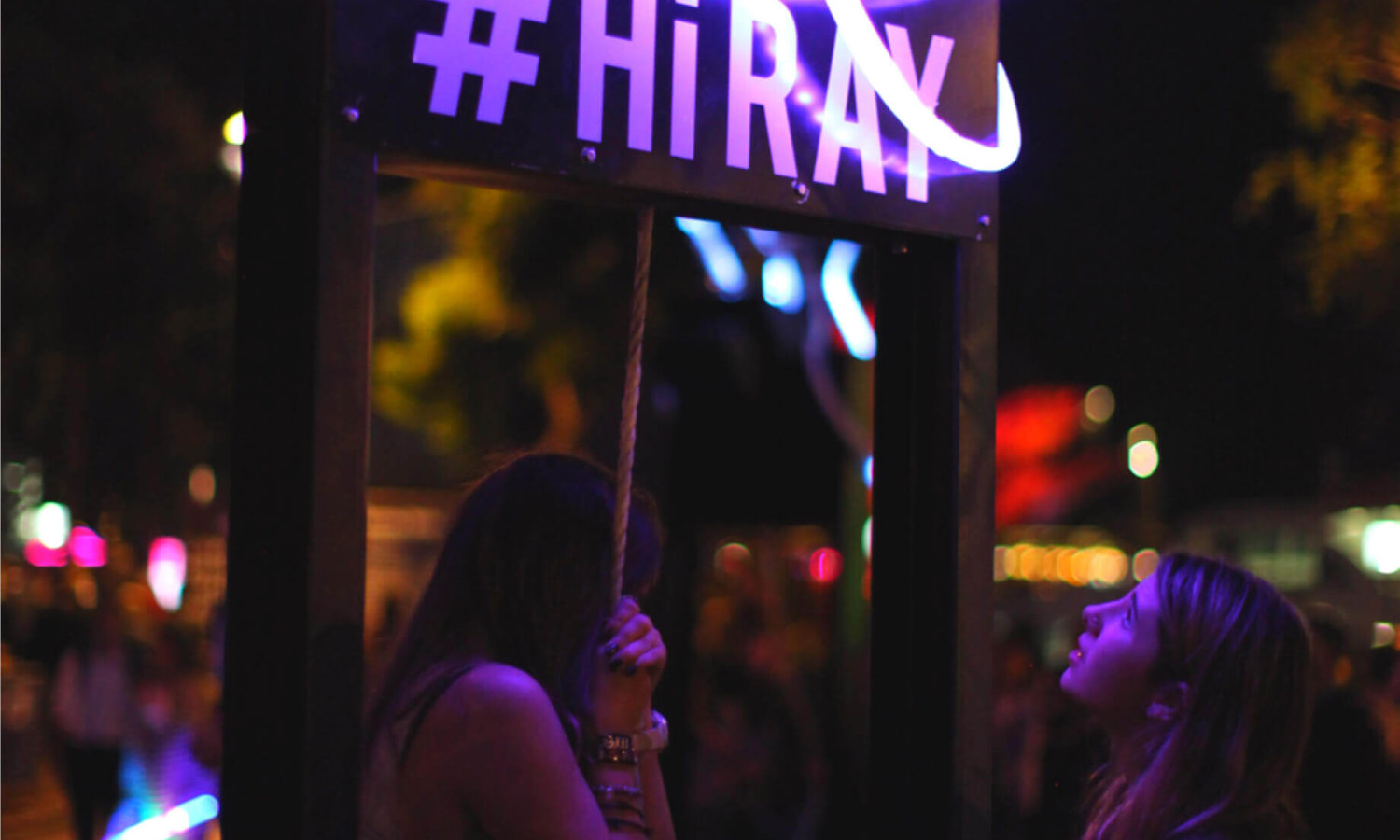 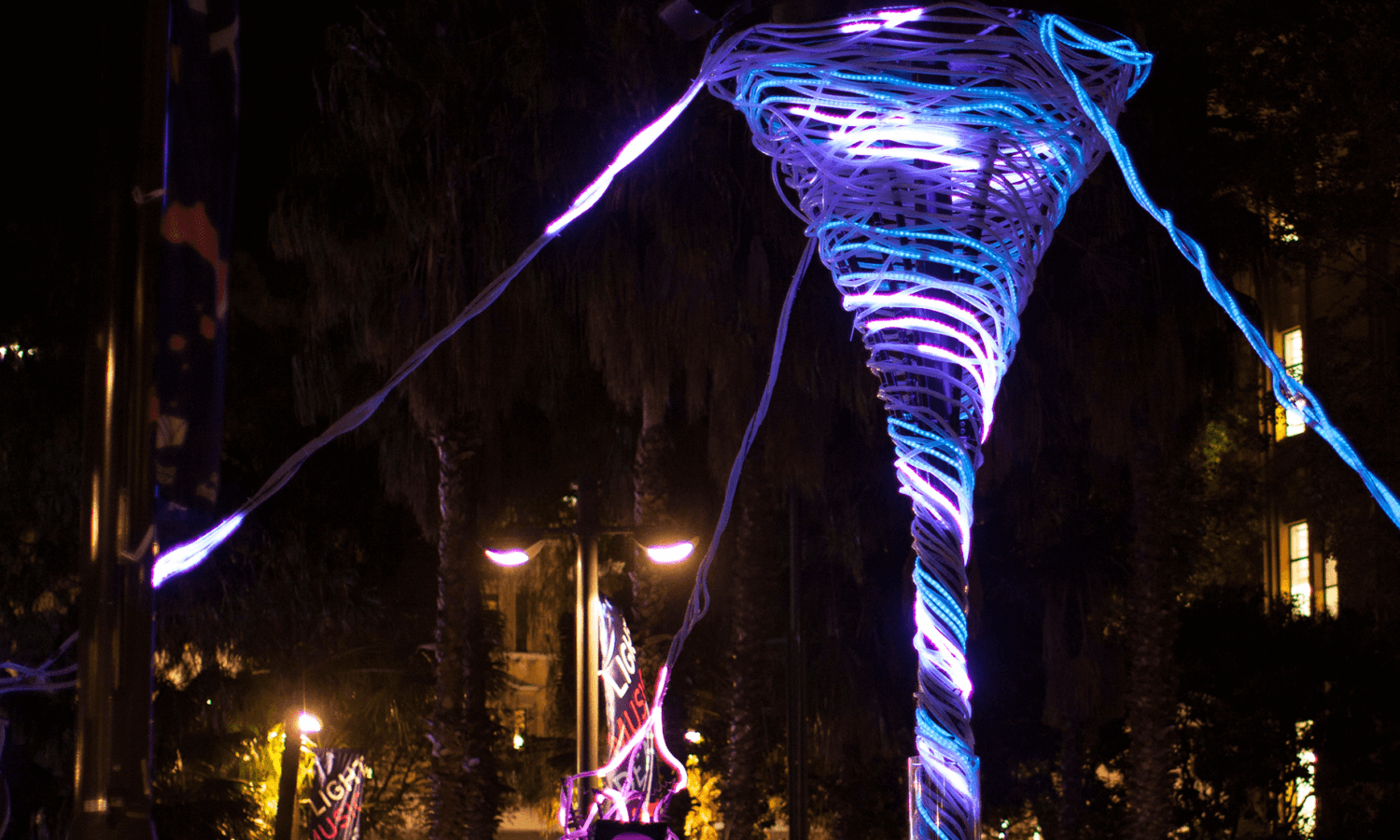 During the day, RAY absorbed energy from the nearby ‘sunflower’ solar array, while by night the activation invited audiences to engage collectively by pulling on vines at each end of a charging pod, shooting streams of light up into the sculpture. To enhance the interactivity of the experiential marketing activation even further, we engineered these vines such that the light sequence triggered by interactions would respond differently depending on the intensity of the rope pulls – producing a different display for children, adults, individuals, and groups. When fully charged, RAY would then overflow in a captivating display of nature-themed light and sound powered by the potent combination of the audience’s interaction and the sun.

To keep the conversation going, S1T2 brought RAY’s story online through a wide-reaching digital marketing campaign. At any point in time, detailed statistics about RAY’s solar energy consumption, storage, data and visitor analytics were also available online through the colourful HiRay website. RAY the sculpture, would then translate this data feed into automatic updates when certain power and interaction thresholds were reached displaying them for all to see. People all around the world were also able to interact with RAY in real time by using the hashtag #HiRay on social media, receiving spontaneous replies delivered in RAY’s own unique voice.

By asking audiences to work together to bring RAY to life, through both physical interaction and social media engagement, the installation served as a metaphorical call to action towards providing affordable, renewable and clean energy.

Able to appreciate the full extent of their interaction through RAY’s clear silicon tubes, audiences were encouraged to consider how their actions, no matter how big or small may play a role in providing and encouraging sustainable energy sources in the future.

As visitors pulled on light ropes hanging from each charging pod, Ray’s mission for sustainability and energy solutions for rural communities shined through.