The Australian government’s $38 billion investment in the National Broadband Network (NBN) brought with it a fair amount of public scrutiny. Looking to debunk the myths and explain the technology, NBN Co. turned to digital artists at S1T2 for a way to tell their serious story in a new light. The resulting video production series used hand-drawn animations to move away from political and industry debates, sending a clear and concise message to the public about what the NBN roll out really means.

Comprised of 30 animated videos in total, the digital marketing campaign formed a key part of NBN Co.’s communication strategy. Using beautiful hand-drawn animations, the video production series shed new light on the serious story while debunking many of the common myths that were dominating the public discourse. Aiming to not only inform the public about the latest NBN news but to educate them about the new technology, the videos were able to encourage constructive community discussion about the future of Australia’s new information super highways.

The digital marketing campaign was shown on the NBN Website and across their social media channels. A feature video can also be seen on the S1T2 YouTube channel. 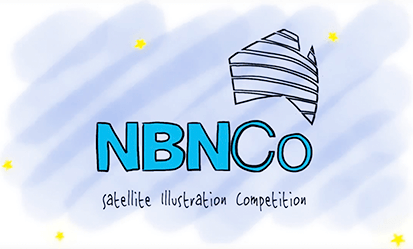 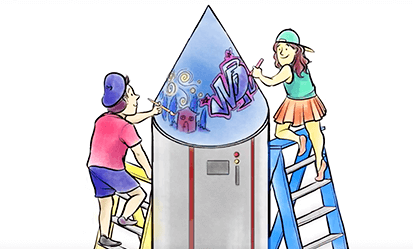 While the animated series was intended as content for educating the public, we created a subset of the video production series specifically to engage children between the ages of five and twelve years old. These digital marketing videos contained activities designed to raise awareness about Australia’s changing technological landscape, promoting an increased level of digital literacy among the nation’s youth. The focus on this younger audience allowed the digital marketing campaign to clearly acknowledge and encourage the impact that the children of today will have on Australia’s future.

Built around a desire to empower young people’s curiosity about and interest in science and creativity, this subset of the video production series offers educational content about satellites and outer space. One particular video revolved around the ‘Shoot for the Stars’ competition, where children were encouraged to come up with a design to decorate the nose cone of a rocket. The winning designs would then be used on one of the actual rockets being used to send the NBN satellites into space.

By keeping the animation style of the video production simple, we were able to communicate clear messages in an approachable and understandable way. This was key to the digital marketing campaign’s aim of providing an accessible way for members of the public to become more educated and involved in the NBN rollout. The hand-drawn illustrations, themed around a familiar watercolour aesthetic, moved the videos firmly out of the political spotlight and into the educational sphere, clearly communicating a concise and coherent message to the wider public.

Addressing many of the myths surrounding the deployment of the national broadband network across Australia, the digital marketing series uses clear watercolour-styled animations to provide information in a fun and approachable manner. Accessible for audiences of all ages, the video production provided an engaging educational tool that cut across the complexity of political jargon to focus on the reality of the situation for everyday Australians.