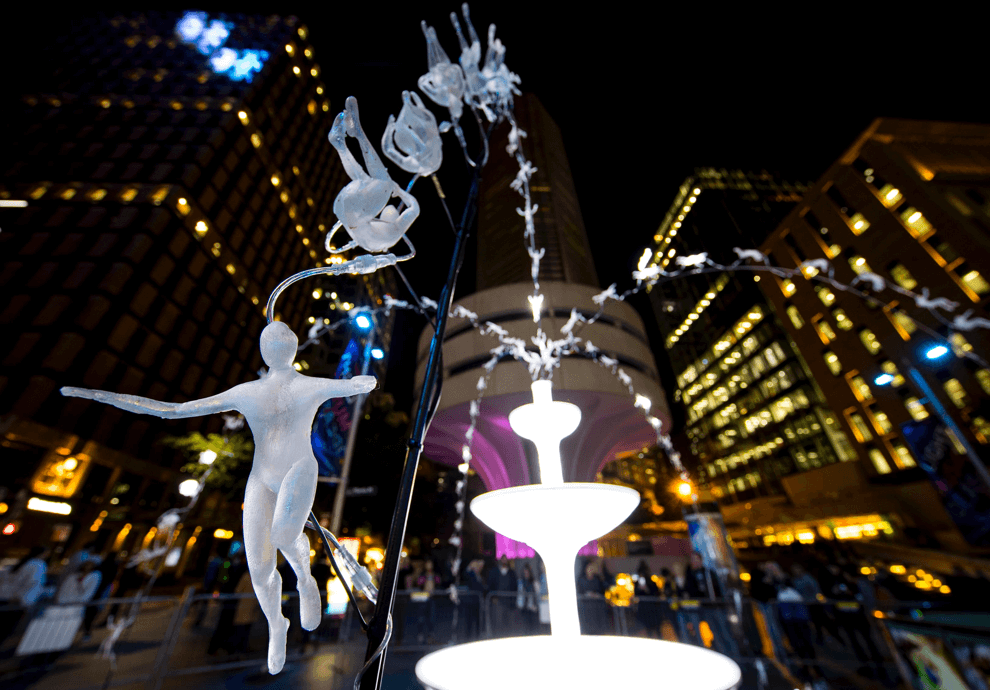 An exciting collaboration between digital agency S1T2, Ample Projects, and the National Institute of Dramatic Art (NIDA), Fountain was a living sculpture showcased in Sydney’s Martin Place as part of the annual Vivid festival.

Visualising the birth rate of humanity in real time, the public installation saw a stream of ‘human water droplets’ flowing from a digital fountain. These water humans evolved and faded, in a series of stop-motion animations, in line with data interpreted from the global rate of population growth.

In 2016, the global human population rate rose to 7.4 billion. The rate of population growth that this number entails suggests that humans are reproducing at a rate of roughly 255 births per minute, or 4.3 births every second. Fountain was created to visualise these staggering numbers. Using creative technology and experiential marketing, the sculpture raised awareness about the dramatic growth of the global population to shed light on the issue.

A thought-provoking implementation of creative technology, Fountain created an engaging visualisation of the rapid growth of the human population for passersby at Vivid to enjoy. Overall, the experiential marketing installation created a stunning rendering of real-time data through animation, technology and sculpture. 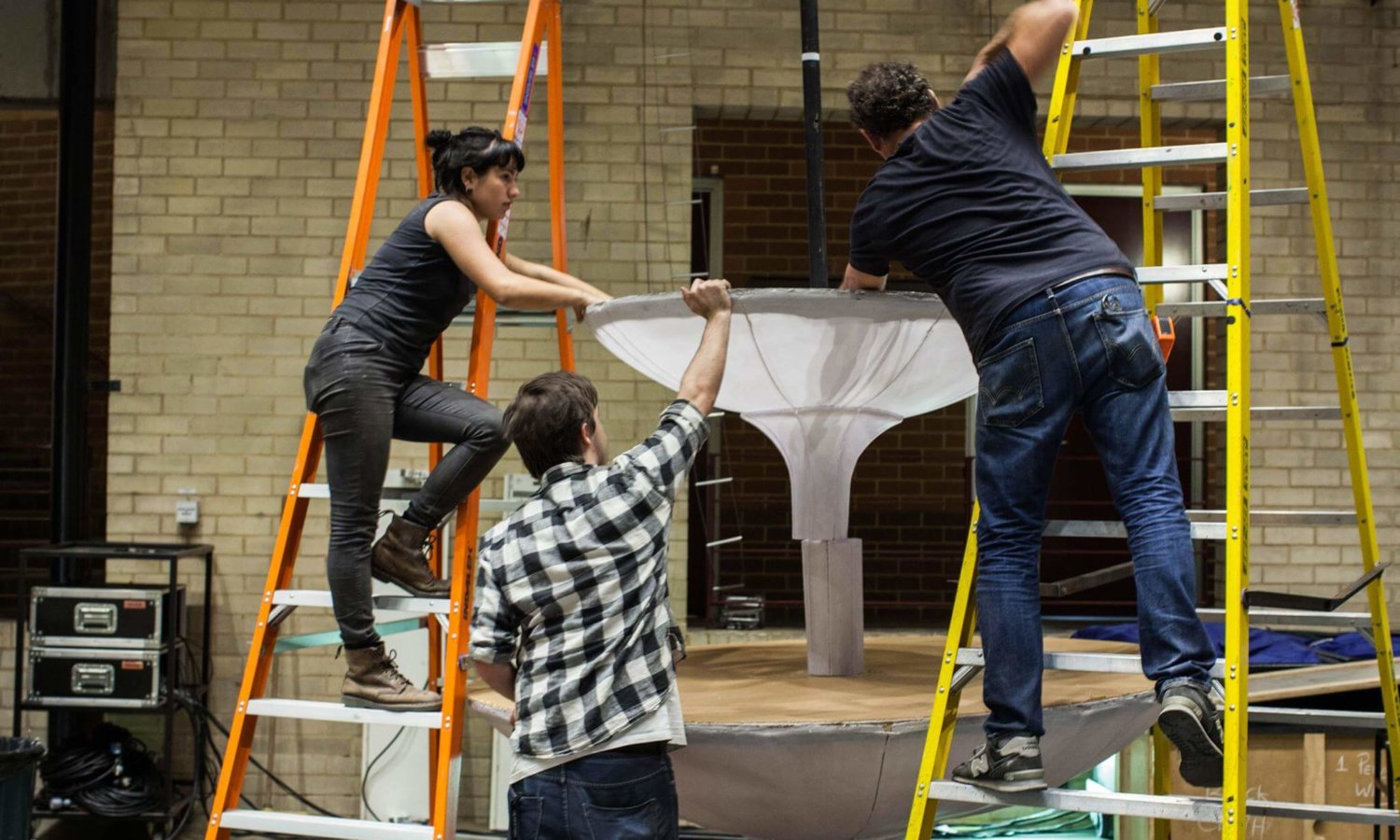 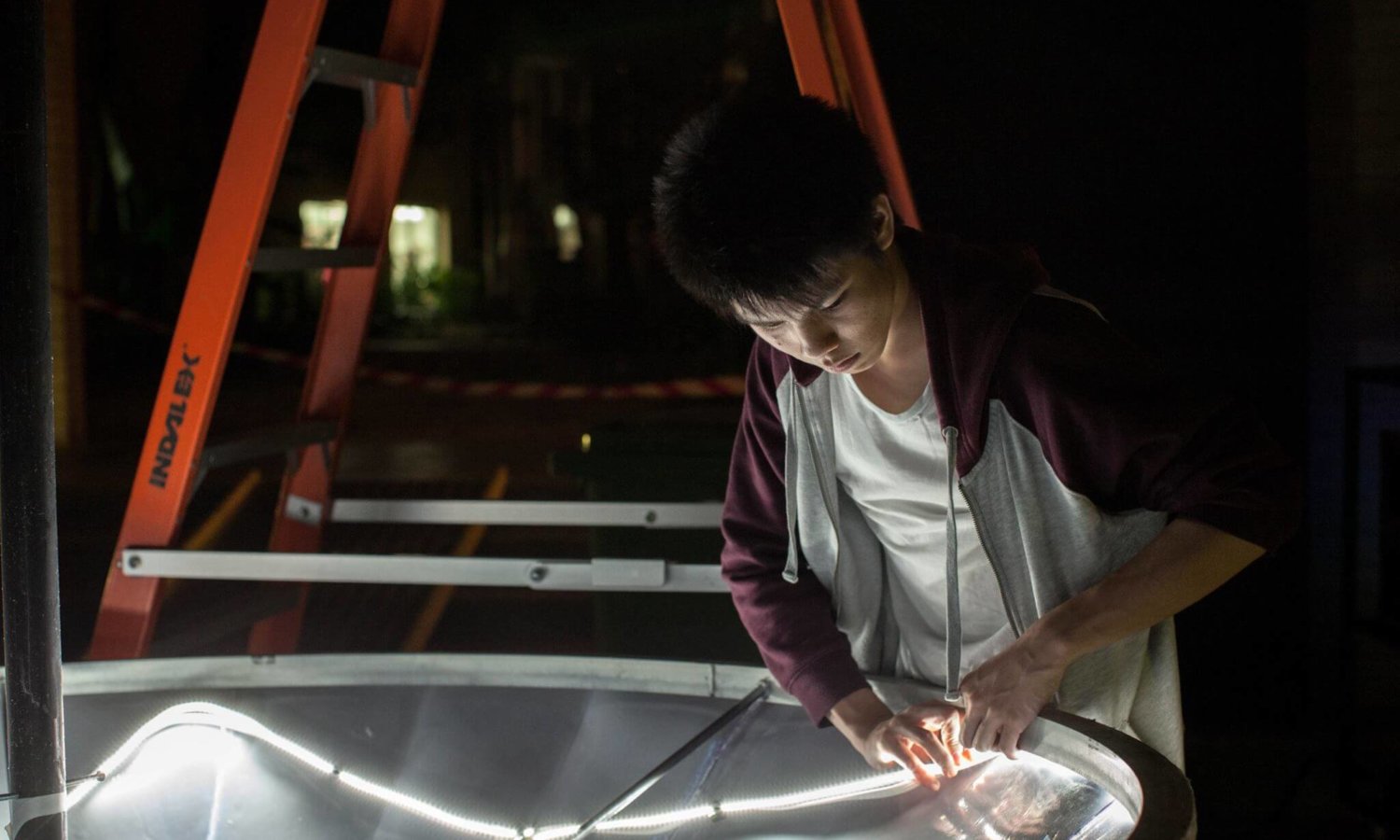 Utilising data for the global both rate, S1T2 developed an animated light sequence which visualised each birth as a physical figurine jumping out of the fountain. Each object was made to be a frame in an animated sequence which was originally tested and conceptualised using motion software. Then, by illuminating each figurine in the sequence, we were able to create a stop motion themed animation of a person somersaulting out of the fountain and walking away – symbolic of a human’s evolution from birth to adult.

The figures were separated into five separate strands that animated clockwise around the fountain. This gave viewers the ability to visualise and accentuate the high birth rate in a visually pleasing manner.

Data for the sculpture was live-streamed using statistics based on the global birth rate, then visualised in the form of ‘water humans’ emerging from water jets. Every 4.3 seconds, the activation released a new water human to represent each new birth. Through stop-motion animations, these water humans would shoot skywards before floating to the ground around Martin Place. In doing so, Fountain became an affecting and engaging celebration of the human life cycle.