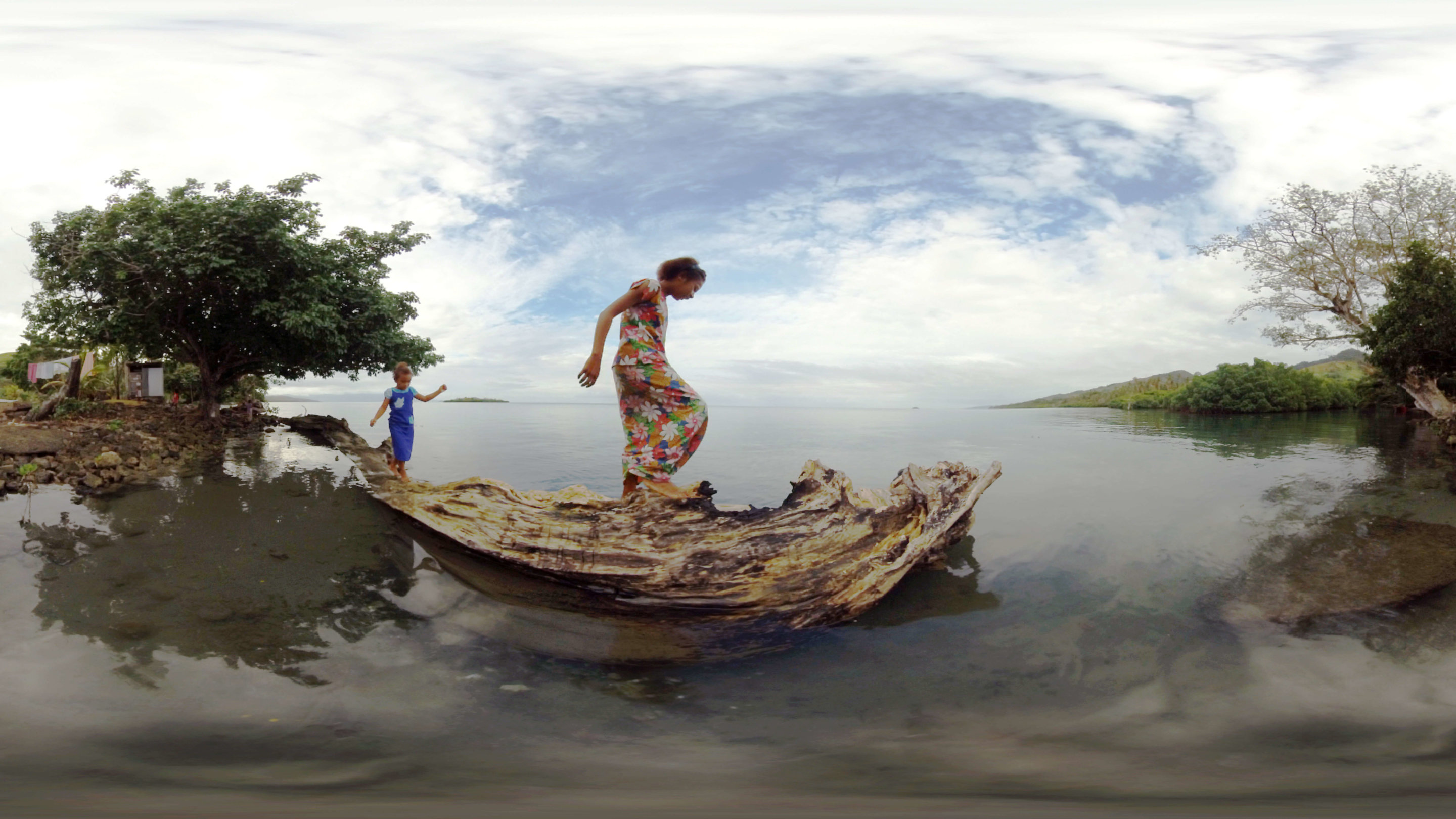 Our Home, Our People is a 360° virtual reality experience produced by creative technologists at S1T2 in collaboration with the World Bank for the COP23 Climate Change Conference. The idea was to bring delegates in wintery Germany – and indeed the global community – into the heart of Fiji to experience the very real effects of climate change on the Pacific region, inspiring stronger action on climate change across the world.

The impact that climate change will have in the Pacific Islands over the next couple of years has been well documented. But facts and figures often don’t reach people on an emotional level. The goal with Our Home, Our People was to use virtual reality to tell the very human stories behind climate change across the region, in an effort to create an empathetic, emotional response in global audiences.

Exploring the issue of climate change through the intimate, personal stories of four people across Fiji, Our Home, Our People illuminates the destruction wrought by climate change while showing the determination of the Pacific people. In doing so, the 360° virtual reality experience becomes an empathetic call to action, urging COP23 delegates and the global community to support these islands that have done little to cause climate change but will be one of the key regions experiencing the brunt of its impact.

The 360° virtual reality experience was launched in partnership with the Fijian Government during the 2017 COP23 Climate Change Conference in Bonn, Germany. Our Home, Our People has since been selected as a finalist in the United Nations Sustainable Development Goals Action Awards, and has garnered over 230,000 views including from Michael Bloomberg. It has also been featured at various World Bank events and has been released to the global community through the dedicated website. 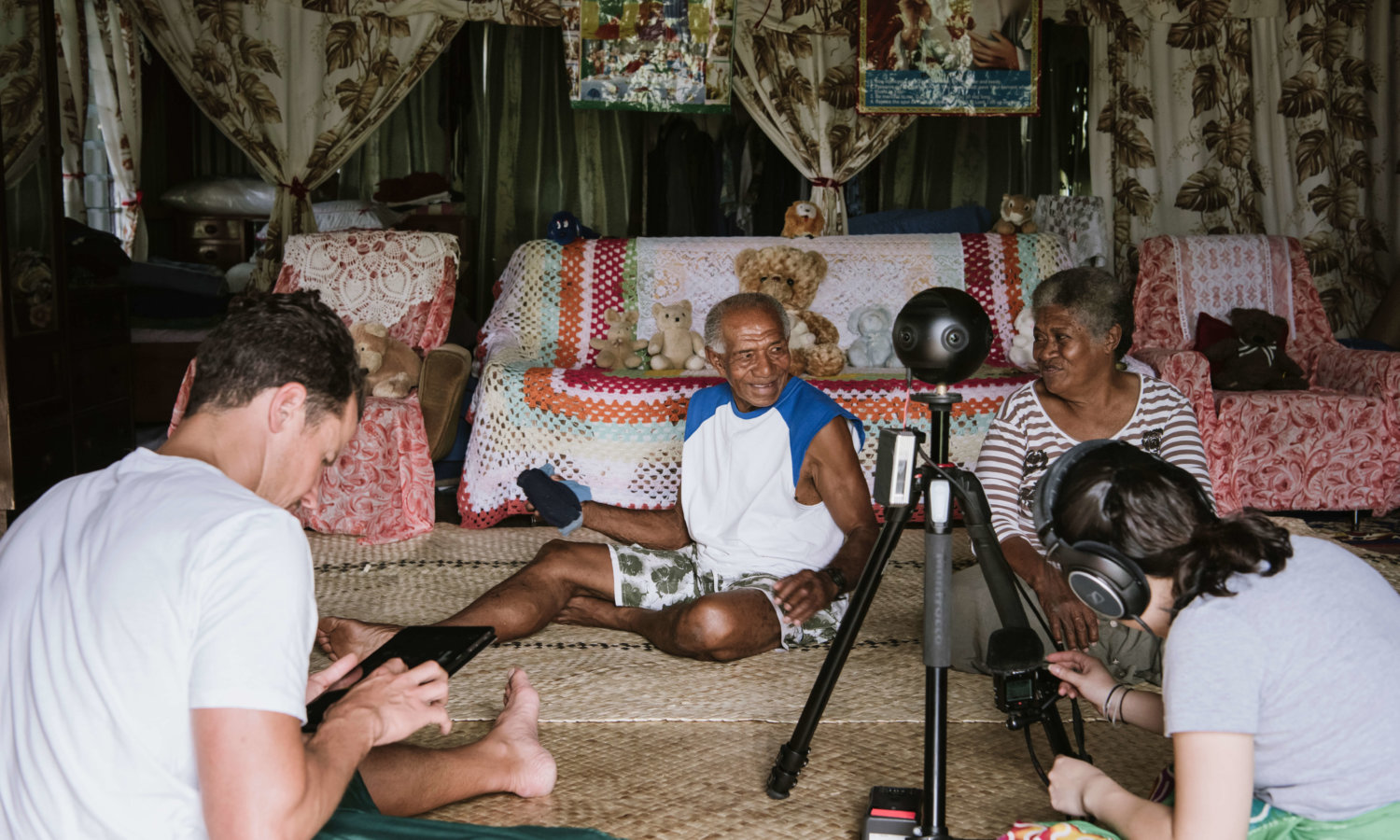 Producing 360° Virtual Reality in the Pacific

Brought to life through a Samsung Gear VR head-mounted display, these stories create a sense of empathy with the characters, depicting both the hardship they’re enduring and the resilience they’re finding in the face of extreme climate conditions. Throughout the experience, the audience is constantly challenged to bear witness to the unique threat that climate change poses to communities across Fiji and the Pacific.

As with all virtual reality productions, our aim in creating Our Home, Our People was to produce as immersive an experience as possible, ready for the COP23 conference. In order to do this, we relied on a wide range of technology and video production techniques to get us across the line. Most notably, we used the newly released Insta360 Pro to capture 8K 360° footage of our characters and their environments. This would allow us to tell each of their stories with the highest possible level of fidelity, with high-resolution visuals creating an increasingly intimate experience.

Pairing this camera with a H2N microphone setup allowed us to push the immersive quality of the film through its audio. Through this combination we were able to record spatial audio that would follow the audience as they moved and rotated their heads during the experience. It also gave us the option to switch between and merge two different audio inputs during the video production process. Using intelligent audio in this way would create a more realistic virtual reality experience for audiences, where the depth of the story was conveyed through the visuals and audio alike.

Meanwhile, the choice to show the film on a Samsung Gear VR gave us access to the latest user experience capabilities – and a mobile virtual reality set up for distribution at COP23. Given our familiarity with this hardware, we were able to push the technology to its limits to create high quality renders of the film despite the limitations of mobile virtual reality streaming. This allowed S1T2 to create a seamless experience for viewers that were not only particularly concerned with climate change, but also had the means and influence to do something about it.