The ancient Aboriginal story of Tibrogargan, the father of the Glass House Mountains in Queensland, tells of a world where gigantic moving mountains are struck by a tsunami, casting the world into shadow. This world presented an ideal candidate for adaptation into the immersive, stereoscopic realm of virtual reality by creative technologists at S1T2.

In Aboriginal mythology, Tibrogargan and Beerwah lived happily by the sea and had many children. One day, as Tibrogargan gazed out to the ocean, he noticed water rising to unimaginable heights. This served as the starting point and beginning of the story retold using virtual reality technology.

In the virtual reimagining of the story, S1T2 used the latest creative technology to immerse audience’s senses.  Compatible with both Oculus Rift and Samsung Gear VR, the resulting experience aims to reinvigorate interest in Australia’s indigenous culture through the emerging storytelling medium of virtual reality.

With the power to redefine the audience’s feeling of scale, the experience invites audiences to suspend disbelief as they step into an expansive, stereoscopic world like nothing they’ve ever seen before. Immersed in an inspired fantasy world, audiences find a centuries-old story of family, courage, and betrayal unfolding before their eyes.

Tibrogargan VR was showcased at the Affectors’ Mythology Exhibition, and is now being exhibited around the world. The experience has also received features from various media publications, and is available for exhibition upon request. 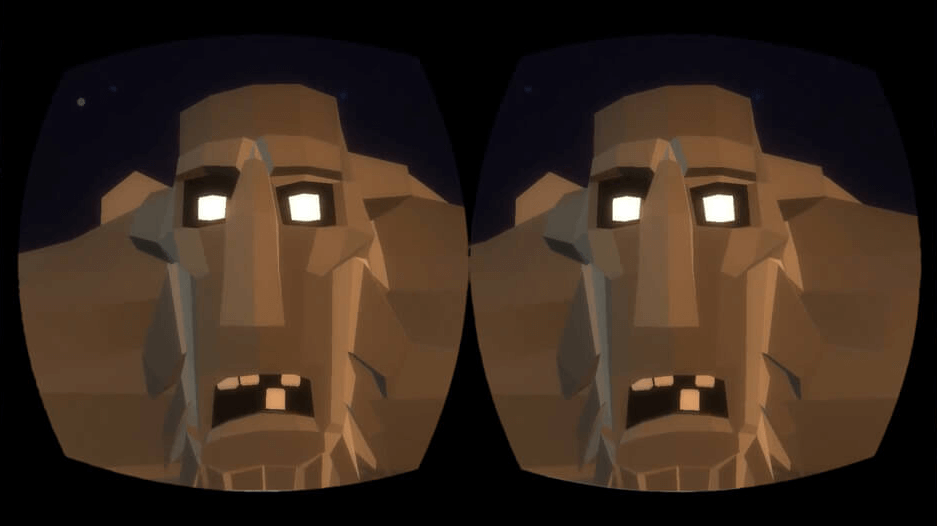 Overall, our aim with Tibrogargan VR was to create a virtual reality experience that would amplify the essence of storytelling. To do so, the team experimented with scale and perspective throughout the stereoscopic experience to distort viewer’s sense of presence.

Being able to represent differences in scale was critical in unlocking the audience’s empathy with each character. As such, enhancing the perspective of the user relative to the plot and scale of the experience allowed the audience to feel the magnitude of character decisions, and the implications of being present in the scene. The end result was an experience that delivered an authentic sense of alterity, agency and presence within the virtual world.

In scenes one and three of the interactive experience, the camera is locked-off at a height similar to an ordinary human. This choice allows the audience to take in the breadth of the environment and magnitude of the characters relative to themselves. Invited to look around the virtual reality landscape in awe, audiences are able to appreciate the grandiose fantasy environment.

Scene two however, sees the audience’s positioning changed. Perched near the ear of one of the friendly giants, the viewer assumes the character’s perspective. Towering over the rest of civilisation, audiences discover a shared sense of empathy with the giants – feeling their anguish and remorse as the narrative unfolds.